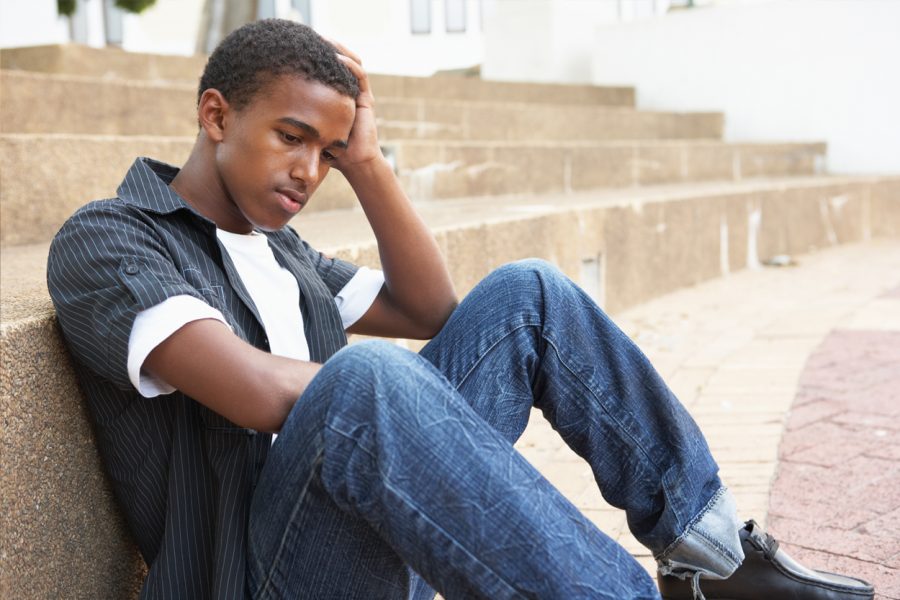 Growing up as a minority, especially African American, you learn that there are certain things that are more stigmatized in your culture than in others. There is one particularly damaging stigma, one that believes that crying showcases weakness, that being sad is a normal part of life, and that one cannot express or vocalize these feelings due to other imbalances. This stigma is about depression, and it has serious negative consequences for people of color.

13.2 percent of the U.S population identifies as Black or African American, which is the equivalent of 6.8 million people. Out of that amount, over 16 percent had a diagnosable mental illness in the past year, according to Mental Health America, African Americans are more likely to have feelings of sadness and hopelessness than adult Whites. African American teens are also more likely to commit suicide than White teens. Still,we only we only hear depression talked about in white communities.

Being apart of a community that is stigmatized by society makes it harder to deal with life and other hard encounters one might experience as well. Once a stigma is placed it is extremely difficult to remove it because that is how people view others and the people around. It is harder to “open up” as well leaving people to feel hopeless or like there is no one to talk to about their issues. Sexuality can play a huge role as well, homophobia and disapproval from the stigmatized communities can make a person feel as whatever they are going through isn’t normal.

Breaking the stigma is the biggest factor in getting the correct treatment, but taking care of specific needs is just as important. in the American Psychological Association, less than two percent of African Americans are represented. This is very important due to African American patients being exposed to racist remarks  and other microaggressions while going through the treatment process’ s because there is little to no representation from both sides of the “color spectrum”. The lack of representation in the association also leads to a lack of understanding, this meaning the doctors treating the patient, only to not truly understand the background or circumstances of the said patient. There is also a disconnect between doctors and the often low-income patients they see

Another remedy could be medication. While this is “faster” approach, this also isn’t always cheap. African Americans are hold the highest percentage of poverty rates, according to the USDA Economic Research Service, African Americans in 2016 made up 33.0 percent of Americans in a nonmetro residence. This also means some might not be able to afford insurance putting the entirety of the medical costs on themselves including the medicine needed. This can take out another 100-200 dollars a month and 1,200 for a whole year, sometimes peaking med costs to 500 dollars for other mental illnesses such as OCD, PTSD and more. This is a large amount when little to no income is brought into the house to begin with on top of other “important expenses such as electric, water and other home related bills. In most situations it is the matter of keeping the lights on and food in the house versus the mental stability of a person.

Removing the stigma held on mental illnesses could save thousands of  lives. Many are too afraid of confronting others due to stigmas being placed in communities and within an extended period of time suicide seems to prove as more of an option than seeking help. Every year more than 44,965 people commit suicide and the number increases every single year, how many of those could have been prevented if they got the medical attention they needed. To break the barriers we must “normalize” depression in the sense of letting people know that many of others have experienced the same things and have fought through as well. Also, medication and other treatment costs need to be reduced or other programs could be offered at a lower costs to make seeking help less of another “cost” and more of an actual opportunity to better oneself. 1 and every 4 teens have suffered from a mental illness in just one year, never judge someone because you never know what they are going through. A cliche thought, but it could also potentially save another person from the disease also known as depression.