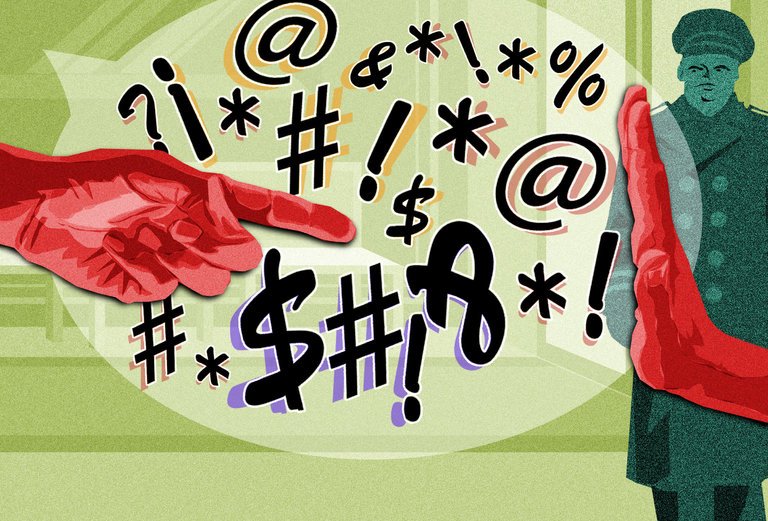 Twitter: now allowing 280 characters, twice the number of characters allowed previously. What does this mean? More characters for toilet tweets? Viral videos? Inspiration or expression? Or more hateful, and derogatory messages and news stories? It is unknown what this expanded freedom of expression today will contribute to society, but one thing is for certain: discriminatory slurs will probably figure into the picture.

According to The Independent, “Each day, 10,000 tweets containing racial slurs are drafted and posted to Twitter.” This excludes not only alternate social media platforms, but also the number of tweets containing sexist, homophobic, islamophobic or even more derogatory messages. To the shock of many, oppression of someone’s gender, religion, race, and sexuality,  is very active in the 2’st century. Derogatory slurs are indeed forms of oppression, and are somehow being spoken by children, teens, adults, and elders. Derogatory terms have intense power and meaning, as result of their deep rooted history of fear, hate, and oppression. Sophomore Jade Thake claims, “Some people tend to use them as they believe it’s okay, hearing in songs and available media.” Today people use derogatory slurs without at all grasping the ultimative disrespect, ignoring the history of years upon years of oppression.

Similarly to how derogatory slurs are used today, these slurs came to be as hateful “nicknames” based upon other words used as insults. In general, slurs or curse words contain a strong sense of power in our vocabulary, due to the deep-rooted oppression compared to other insults. Sophomore Aleja Chambers says, “These words have much more of a bite,  much more offensive over any other words.” People have found that using such a hateful words gives them more power over someone by intentionally offending another person for personal gain. French teacher Jaime Hassing-Pierce shares feeling, “pure-disgust and disappointment” upon hearing the use of these words in the school hallways.  In general, people are hateful and bully other people only based on what they see to be different to themselves. Hateful people are  hateful potentially due to unhappiness, their social environment, and lacking any cultural understanding.

Since the development of social media platforms, Facebook and Twitter especially, the use of derogatory slurs has reached a new level. People can now release their wildest thoughts and opinions within seconds, capable of reaching many people at once. According to NY Daily News, “71% of people are more likely to use slurs online or in text messages rather than in person, and only about half say they are likely to ask someone using such language to stop”  Social Media promotes freedom with little to no consequences, French Teacher Madame H.P shares her position, “When saying such terms online, people can’t be seen or called out, feeling a sense of protection behind a screen.”

Today, many of these words have found a place and purpose. Cultures and communities have reclaimed few words that have been used in spite of them.. Reclaiming such daunting words can feel empowering. Among African Americans, several words have been reclaimed and somehow celebrated turning such a hateful word as a word of their own. Several words have also been reclaimed within the LGBTQ community to bring themselves together overcoming the very hate attached to single words. Reclaimed word can be a slippery slope because they can undermine the long history of oppression implicit in these words, allowing it to continue today, just in a hidden form. At any rate, reclaimed words should only respectively repeated by those affected, not bystanders or other’s craving the attention and shock value.

To reflect, derogatory slurs and terms have a hefty amount of power. The use of these words, undermines and degrades races, gender identities, religions, sexualities, and genders. The use of these words so casually and in a joking matter denies the origin of these words. As a society, we should understand and continue to educate ourselves on the history of these astronomical insults if we have any hope at moving forward toward a brighter future.