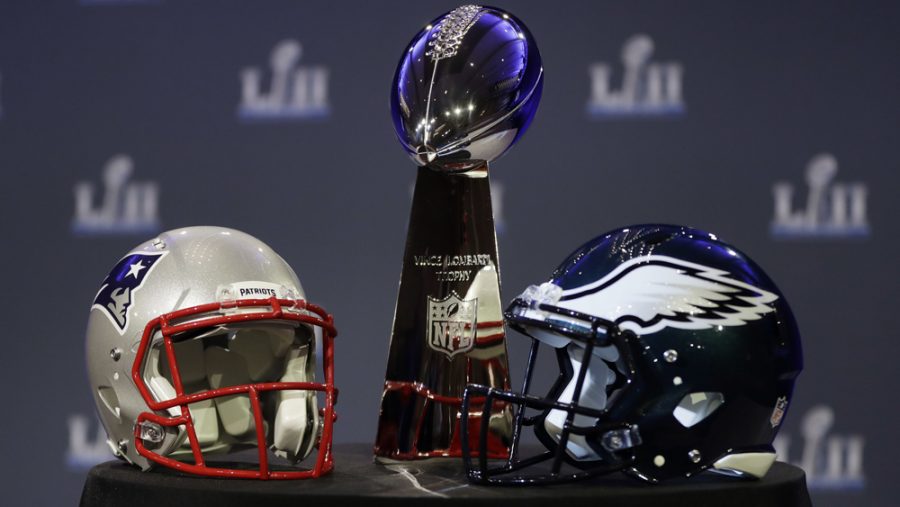 In a good old shootout like we all expected, the Philadelphia Eagles stunned the New England Patriots and claimed their franchise’s first Super Bowl victory, 41-33.

Quarterback Nick Foles won Super Bowl MVP, throwing for 373 yards and three touchdowns, while also catching one on a trick play. This is a seemingly unprecedented feat, because just a few months before, Foles was backing up NFL MVP candidate Carson Wentz before Wentz suffered a torn ACL in a game against the Rams. And the funny thing is, there will be zero quarterback controversy heading into training camp next season. Wentz will undoubtedly be the Eagles’ starter.

The Patriots lead the game 33-32 late in the fourth quarter, until Nick Foles lead a 14 play, 75 yard drive that ended with an 11 yard touchdown pass to tight end Zach Ertz, giving the Birds a 38-33 lead. They failed to complete the two point conversion. On the ensuing New England drive, Eagles defensive end Brandon Graham forced the ball out of Tom Brady’s hands, and Derek Barnett recovered, giving the Eagles the ball back with 2:16 left in the game. A few plays later, Jake Elliott drilled a 46-yard field goal to put Philly up 41-33. The Patriots couldn’t score and tie the game, and that was that. The Eagles are Super Bowl champions.

What does this mean for the Patriots dynasty? Rob Gronkowski is noncommittal on returning to football next season, Tom Brady is 40 years old and is already the undisputed best quarterback and possibly best football player ever, offensive coordinator Josh McDaniels is headed to Indianapolis and defensive coordinator Matt Patricia is on his way to Detroit, and Bill Belichick is so unpredictable that anything can happen before the start of next season. The future is hazy in New England, as of right now.

The Eagles defense is legit, their pass catchers are great, and the run game is potent. There is no reason they can’t make it back to the Super Bowl in Atlanta next year. Whether it be Carson Wentz or Nick Foles at quarterback, Philly is in great shape. This was a game for the ages, and we can expect next year to be good as well.