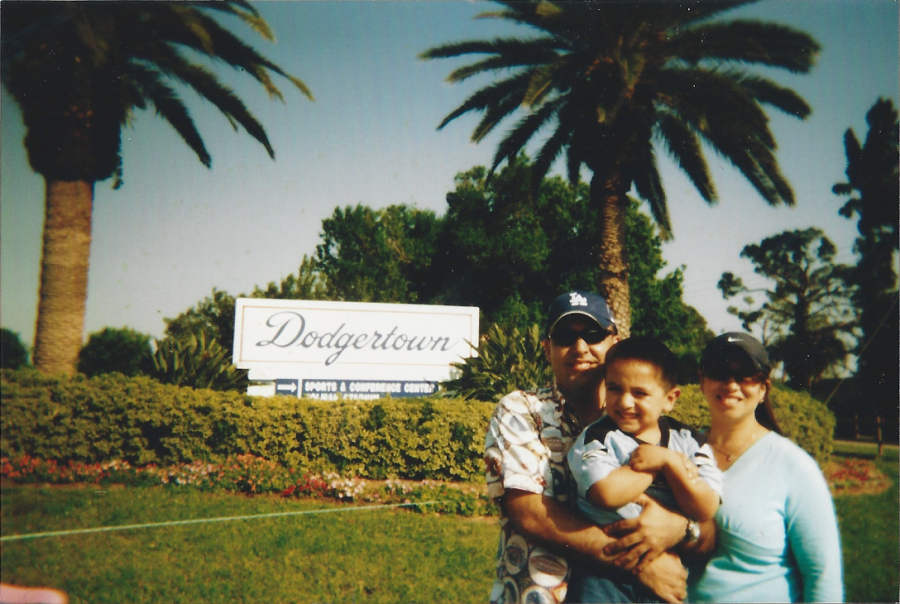 My family and I during my early childhood years in sunny Las Angeles, CA.

Looking out of the airplane window down at the mountains, I had no idea where I was headed. The word “Miami” had no meaning yet to my four-year-old self, except for the fact that it wasn’t home and I was leaving everything I had ever known behind for this strange new place. At the time, I had no idea that this move would be the first of many.

Having been born in a sunny Los Angeles suburb, I had everything a little kid could have wanted. I lived close to not one but both sides of my family, Disneyland, and all the different kinds of food you could imagine. It’s safe to say that I was content with everything. Life was going smooth as ever, and apart from the occasional earthquake, nothing was too unexpected…that is, until we had to move.

In my life, I’ve always had to deal with change, and the first big change in my life was the move to Miami. I had to adapt to a completely different environment, school, and people. The hardest part for me, however, was being on the opposite side of the country as my family.

At least Miami was far from a dull place. The beaches were admittedly nicer than the ones in LA, the food was amazing, the culture was very unique, and most importantly to my young self, there was Disney World not too far of a drive away. I learned to adapt to this change pretty well.

The next big change was just about a year later, when my younger brother was born. Learning to live with another person in my house might have seemed difficult at first, but I quickly overcame that and it became a fun experience. A younger brother seemed to just be another piece in life’s puzzle, albeit a very important one.

A few more years down the road, we had to leave Miami as well. This time, we ended up by Houston, in a small suburban town surrounded by forests and rivers. Once again, I was dealing with moving schools, making new friends, and adapting to a completely new environment. Like Miami though, the change turned out not to be overly hard. The people in the community were nice and there actually was a lot to do in the area given its proximity to Houston. Although we were settling in at our own pace, my dad’s company had a different idea in mind because in just a year and half, we were on the move once more.

After Houston, we finally got back to our native Southern California. Although I was sad to leave my Texan friends behind, I was happy to finally go back to LA and be around family once more. Almost exactly one year later, my younger sister was born. This was a very big change for me, as I had always been used to just having a younger brother. It took me a long time to get used to having yet another sibling in the house. Like I had with all the other big changes before, however, I learned to adapt to it. We made the most of our time in California, going to all sorts of theme parks and visiting family nearly every weekend. And just when I thought the big changes were done, you can guess what happened next.

As if relocating 3 times wasn’t enough, we moved a fourth time, this time leaving home once more for Michigan. This change was by far the hardest to stomach. Leaving behind my friends of 5 years, family (again!), and my hometown for some cold place in the Midwest was not exactly on the top of my bucket list. As anyone who has been to both will tell you, California and Michigan are astronomically different places. Even though I’m still getting used to this icebox, I’ve already gotten used to the school and made friends here, which is a plus. At least now I can enjoy my sense of stability, as I know for sure that my family won’t be doing any more moving until I’m off for college.

While I am not a huge fan of change, I can’t deny the positive effects that the changes I have experienced in my life had on me. Dealing with big changes is a difficult task for almost anyone, but going through a few of my own have helped to make me more adaptive to them in the future as well as shape me as a person.