Taking my dad to the hospital: a very scary day 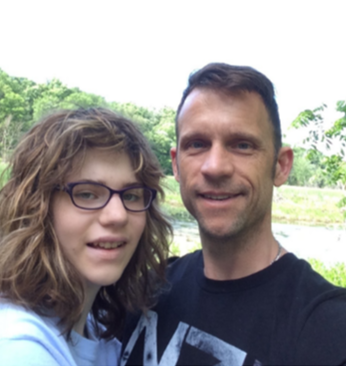 Beep, beep, beep goes my dad’s heart monitor. His hospital room is cold and kind of dark. A nurse walks in and turns off the heart monitor, but I stay sitting, thinking about everything that had led up to this.

It all started on a Saturday morning. I had just gotten out of bed when my dad walked in sounding like he could barely breath. ‘’We are going to the ER,’’ he says, with no other explanation. Now we were the only two at home at the time, and having just woken up and being told that we are going to the ER pretty much freaked me out.

In the car on the way to the hospital, my dad turned to me and said, ‘“If I pass out, I want you to take the wheel.” I was 15. I didn’t know how to drive. I had no confidence that I could stop the car without crashing. I was near panicking and trying to stay calm so that my dad didn’t get any more worked up. Fortunately, we made it to the hospital alright.

When talking to the person at the front desk, my dad nearly passed out again and now it was clear that was having a very hard time breathing. After what seemed like forever, the nurse took my dad back into a room and hooked him up to a heart monitor.

After giving my dad some medicine to make him able to breathe, they took him in to get an x- ray and I had to wait outside, alone. That was probably the scariest part of the whole ordeal. I had no idea what was happening, and nobody to help me feel like it would be okay.

Eventually, the doctors found out that it wasn’t my dad’s hear that was the problem: a pill that he had taken had gotten stuck in his throat, making it difficult for him to breathe. After removing the pill, we were good to go home.

I was glad that we were going home, but the experience was very traumatic and still impacts me. Since then, I haven’t been able to swallow a pill out of the fear that the same thing might happen to me and I might not be able to get help or we might not be able to get to the hospital in time. I do still have my dad though, and that’s the most important thing.