New construction proceeding according to plan 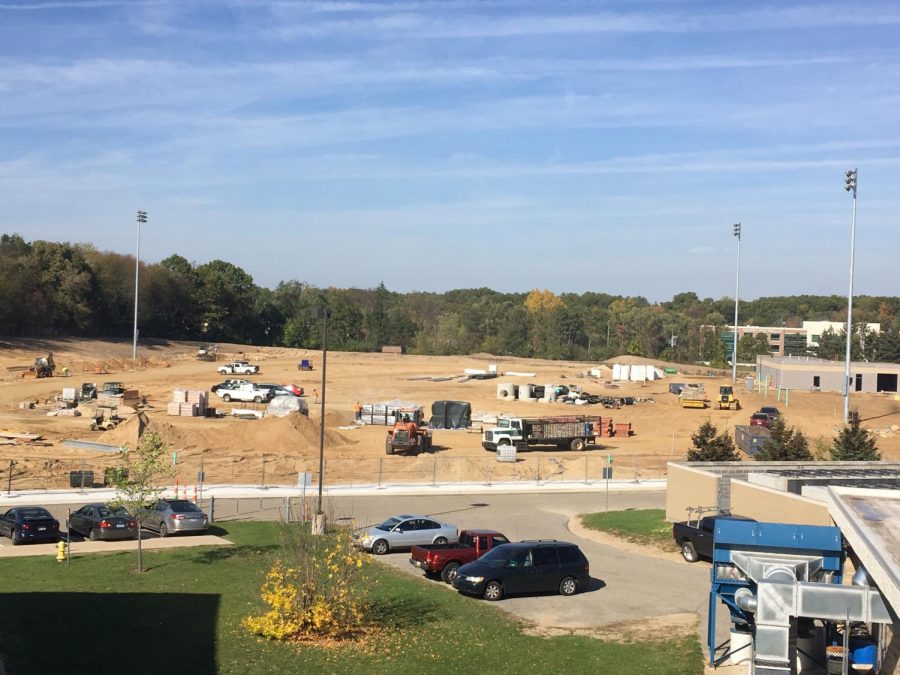 Construction goes on outside of Portage Northern as students watch Owens-Aimes-Kimball build the new Husky Stadium and multipurpose fields for future students. This is only a small part of the $144,000,000 million dollars of improvements going into Portage Public Schools. In fact, Huskie Stadium is one of the smallest parts of the grant.

The Portage Board approved the large project early this year. Until the year 2020, when the last project is expected to finish, Portage Public Schools will be getting several new pieces of infrastructure. Projects under the grant include: new Northern stadiums, new North Middle School, new Central Middle school, new pool at Central, new Central stadiums, west Middle School renovations, and finally a new pool at Northern.

These upgrades aren’t free money. Funds for the program come in the form of increased taxes for Portage residents. It was a close vote, but the vote came out in Portage favor. The upgrades will be made. “The district has much to celebrate at the groundbreaking as work is progressing on schedule and so far is about 5.8 million dollars under budget,” says assistant superintendent of operations Ron Herron.