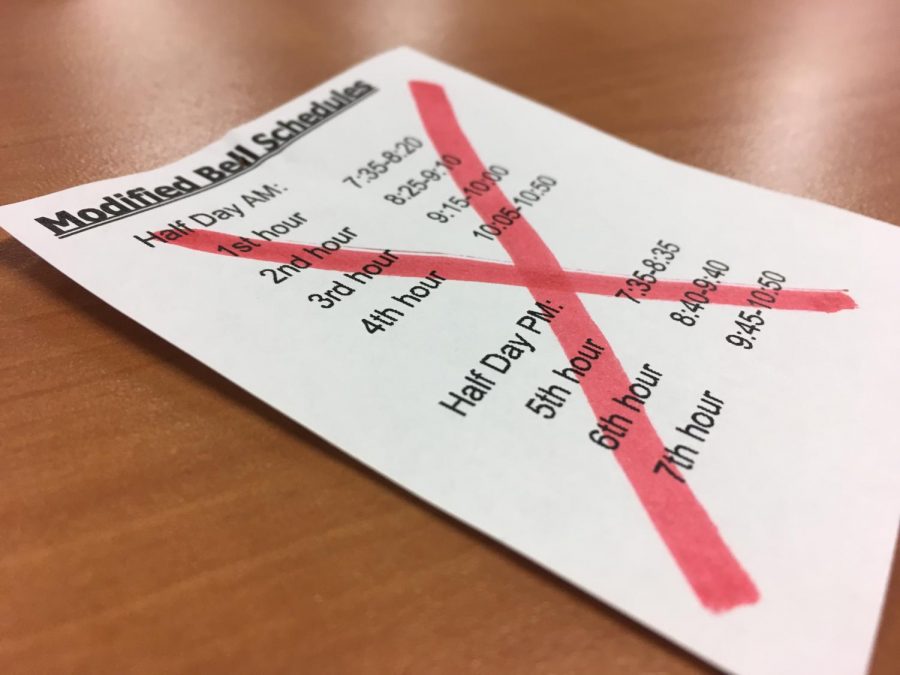 The old half day schedule has been replaced.

The 2017-2018 school year has already granted many firsts. Among these firsts,

The main reasons for the change are that the old half days were known to be inconsistent due to differences in time per hour and class schedules (for example, if a teacher has one class on a half day but not another, then those students would be ahead in the curriculum).   “We made the adjustment to be in alignment with all of the MS’s and CHS,” said Principal Jim French. “We are going to evaluate this change later this spring to make some decisions for next fall.”

Junior Hailey Jenkins is unhappy with the change, as it conflicts with her off-campus EFE class. Becase her EFE is the same length of time but her other classes are shorter, she misses her 5th through 7th hour classes.

Unlink Jenkins, freshman Lola Winn is in favor of the change. Winn foresees herself getting more work done under this change. “Even though the classes are shorter, I still feel like I get something done in every class,” she said.