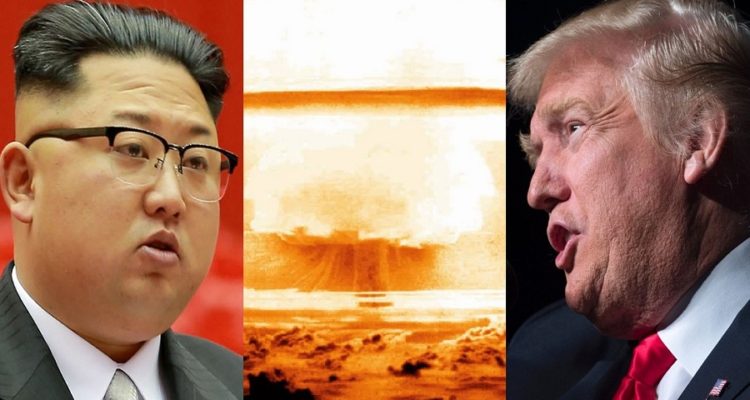 Almost every day, there’s a new headline about some new North Korean missile test or a set of tweets from the President. Regardless of the amount of news coming out, something is happening in the world, and that something is rising world tensions, the ramifications of which could be numerous.
Here in Portage, the distance from any major cities is great enough for it to be considered ‘out of the way’ of being threatened by nuclear annihilation or any other major catastrophe resulting from a breakdown of global diplomacy. But even in this small town, people are concerned with the state of the tensions. On the issue, sophomore Frankie Copeland said, “I feel like a lot more people are paying attention to world politics. I am more aware of what’s going on now, but not to a point where I’m scared.” While many Americans do not feel immediately threatened, it is true that people have become more wary of the global situation across the country and here as well. But how exactly do Americans feel about current world events?

According to Axios, many Americans have at least some concern. In one of their polls, they found that 82% of Americans fear a nuclear war with North Korea. Also concerning North Korea, a CBS poll found that 72% of Americans are uneasy about a possible conflict. It is important to keep in mind, however, that the United States generates its fair share of world tension, especially under the new administration. In a poll by USA Today, 67% of Americans were found to disapprove of President Trump’s usage of Twitter, with 52% calling the tweets “dangerous.”

Today, there are no major wars happening, relations between the major nuclear powers have improved since the end of the Cold War, and democracy is the leading ideology among nations. Some even argue that today’s generation lives in one of the most peaceful time periods in human history. However, mainstream media coverage of world events suggests that the world is inching closer to the brink of another World War or something of the sort. For being a supposed period of great peace, this certainly doesn’t feel as safe as it should, and the United States being caught in the middle of these rising tensions, it would only make sense for its citizens to formulate their own opinions and concerns about the increasingly tense state of things.