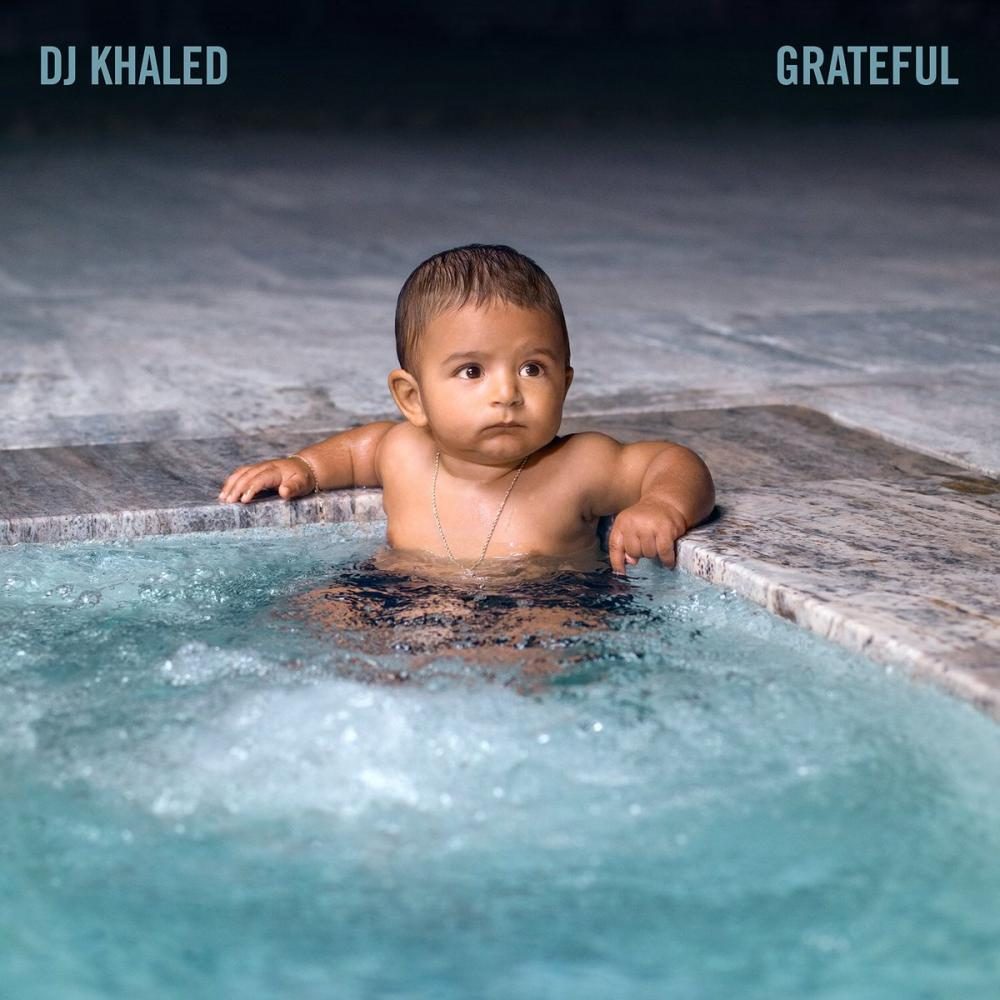 Hip hop’s most famous and most influential producer, DJ Khaled, releases his 11th project since coming on to the scene with Lil Wayne in 2005. ‘Grateful’, inspired by Khaled’s eight month old son, Asahd, features once again a plethora of hip hop artists from all different styles of the genre. Khaled (or his son Asahd, as he’s said since the album was in the works) mixes heavy beats and diverse samples and instrumentals to complement the artists who are featured on each song. Although it’s heralded at such a high esteem, the overall project is underwhelming considering the potential and promise it carried up until the official release.

Khaled starts off Grateful with an intro featuring Sizzla, then, four in a row come the singles he released before the album officially dropped, featuring artists like Beyoncé, Jay Z, Drake, Rihanna, Bryson Tiller, Justin Bieber, Quavo of Migos, Chance the Rapper, and Lil Wayne. The album then proceeds to possess a heavy dose of Travis Scott. He’s featured on four songs throughout the latter half of the project, On Everything, It’s Secured, Don’t Quit, and Down for Life. Scott’s haunting yet smooth singing vocals are heavily provided on each of his features, and are one of the stronger parts of the project. Travis Scott continues to build on a strong 2016 into 2017, and he’s only just entering into his prime.

One of the more controversial aspects of the album was Chance the Rapper’s song with Khaled, I Love You So Much. The song is supposed to be a tribute to both Chance’s daughter, Kensli, and Khaled’s son Asahd. It even has Chance rapping the alphabet among other things that Chance specifically added for his daughter. This song garnered a lot of negative reactions. The song itself didn’t sound terrible, but the subject matter lowers its overall result.

A part of the album that stood out was the song Good Man, featuring Pusha T and Jadakiss. King Push delivered the best verse on the album over an eerie instrumental with soft vocals in the background. Although Pusha T is notorious for delivering great verses, since he’s been doing it for a very long time, Good Man is no exception.

The overall best song off the entire album was Major Bag Alert featuring Migos. The Atlanta trio continues to build on a strong resurgence following a disappointing 2015 and 2016, starting with their January release Culture, and continuing with many features from the group’s frontman, Quavo. Quavo drops the hook for Major Bag Alert, and the other two members, Offset and Takeoff, deliver fire verses. If there’s one song that fans who were disappointed with the project can enjoy, it’s Major Bag Alert.

Grateful could’ve earned a perfect ten, but it felt like something was missing the entire time. Not enough to give it a bad rating, but enough to not label it as flawless. Hopefully Asahd does better producing the next album!