Second language, second home: an aspect that is forgotten 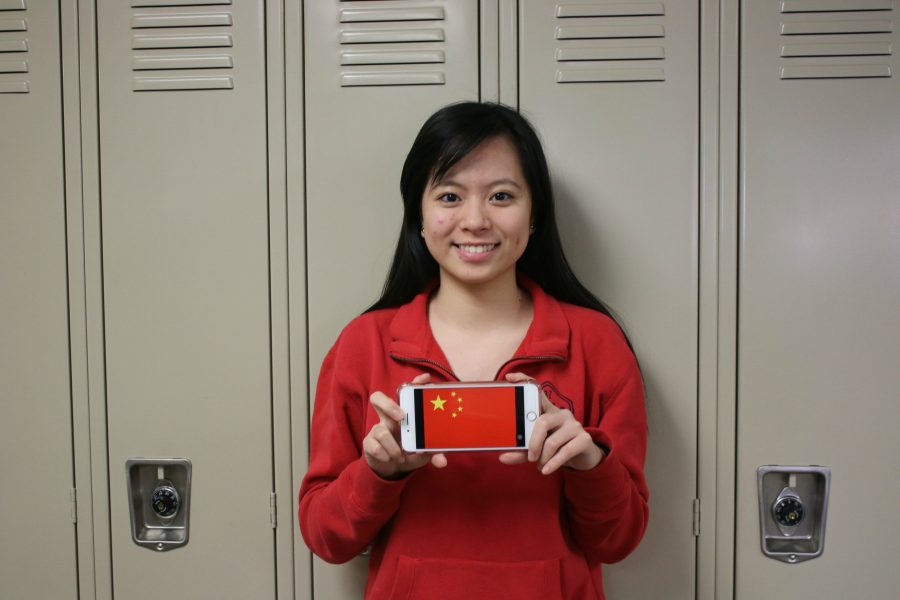 As more diversity floods into the country, the students within Portage Northern High School make the environment enriched with culture. However, communication is often overlooked for students whose second language is English. Because there is a language barrier that they encounter everyday — academically and socially– they have chosen to assimilate to the American culture in order to become successful. However, is sacrificing someone’s cultural identity a way to accommodate for the diversity and overcome the language barrier? The students in the Portage area who struggle with multiple languages answer this question by sharing their experiences.

Shakhlo Aminova (12), a Russian immigrant, came to America when she was six years old. From that moment on, she knew her native language and identity would be compromised in order to assimilate with her American-born peers. As Shakhlo reminisces on her past, she mentions her first experiences by saying, “All I remember was entering the classroom for the first time. During the first two or three years in America, I had to go to summer school since I still wasn’t at the same level in English as the other children.” Following that moment, she recalls that learning was no longer stressful, and she was even motivated to take harder levels classes to continually challenge her learning experience. Furthermore, she joined activities centered around public speaking such as debate and forensics to voice her opinions. However, there came a sacrifice to attending these classes and extracurriculars and succeeding in them. Aminova said, “ I got better at speaking and writing in English, but it was at the cost of forgetting my native language.” She continued, “I was so focused on learning English, that I slowly forgot.”

As many people say, language is imperative to one’s culture and identity. When it is manipulated or forgotten, the reaction from past generations can be bittersweet, and Aminova has experienced familial backlash for loosening her grip on her heritage in order to blend into her surroundings. She reflects on the effects of her family life and says, “the family members that are the most upset are my grandparents, since I can’t really communicate with them and they see it as me leaving and forgetting their culture.” Many immigrants face this problem when moving to another country, and distance only makes the language barrier grow. Although Aminova feels regret, the feeling of despair was lifted when she saw that her parents and siblings were going through the same experiences. Because her parents moved in order to seek a better life for their children, they needed to learn the English language in order to survive in the new country. For her parents, learning Westernized values and a new language was not a choice, rather, a must. Unlike her parents, Shakhlo thinks that assimilation was a choice and has come to enjoy the American culture more than her Russian one. “I just wanted to fit in and to be able to understand my friends,” she continues, “I don’t regret my decision and I mostly ignore the Russian side since they seem so backwards and traditional in my point of view.”

Although she may be isolated in her views, that has not cracked the strong foundation of her family. Aminova realizes the importance of her culture and family traditions, which is why she is looking at different outlets to communicate to her relatives. As she says, “I hope one day that I learn Russian, just so I can communicate with the extended family, but for now, my family and I have to be content with the situation.”

Another senior student, Jenny Lin (12), found herself in a similar situation as Aminova, and she encountered even more obstacles as a Chinese immigrant. Her family moved to America when Jenny was in fourth grade– the time when students no longer needed the extra assistance in English. So, when Lin took her first steps into class, she realized that her education career would be filled with barriers. Lin could no longer express her feelings and she even thought that limited language translated into limited thought. Furthermore, she was a “silent sufferer” around her peers and Lin said, “I struggled through it by myself and some other assistances from Mrs. Anderson, my ESL (English as Second Language) teacher. Until this day, I am still struggling with grammar, but it has improved a lot.” Lin elaborates on her experiences by saying, “The struggle was so real, not being able to communicate with any of your peers or to express what I really want when my translator (Mrs.Liu) wasn’t with me.”

However, she knew that she was not alone, for the support and love from family and friends gave her newfound confidence. She went from only knowing the “hello”, “goodbye”, and “thank you” to successfully learning Spanish at school. She says, “It was hard, but right now sitting here flashing back to all those old memories, it’s all worth it.” She smiles and elaborates, “I’m happy with all of my achievements made possible by my parents, past teachers, and friends.” When asked about how her culture has been affected from this transition, she feels that she has kept her Chinese culture close to her heart while accommodating for American traditions and values. In her opinion, Chinese and American cultures are very distant in nature, like a battle between traditionalists and modernists. “I am still connected with my cultures and backgrounds by celebrating special chinese festival/celebrations.” Lin adds, “I still communicate in Chinese with my family members, and also cook traditional chinese food for my friends. All I can say is, I’m connecting my culture background with those who shares different ethnic background than me.”

By harnessing her experiences, she is encouraged to help people who are making the same transition from China to America. Her actions speak louder than words and in her case, she has spread the positivity to a little girl named Chloe. Lin says, “over the summer, I met a 6 year old girl named Chloe, who was in the same exact position as me (when I first came to America). I could tell her first day of school was rough like mine.” Instead of letting Chloe feel as if she could never unlock her potential because of a language barrier, Jenny helps in any way she can. “Whenever I’m free I will always teach her English and solve any confusion she had in school.” She continues, “the thought of helping her and actually changing her life gave me a heartwarming feeling.”
It is students like Aminova and Lin who show us that adapting to a new culture and language have effects– both positive and negative. However, they have overcome their hardships and hope that people going through their same experiences find solace in America. A second language does not always mean a second home, and for them, they have two places that foster a sense of belonging.