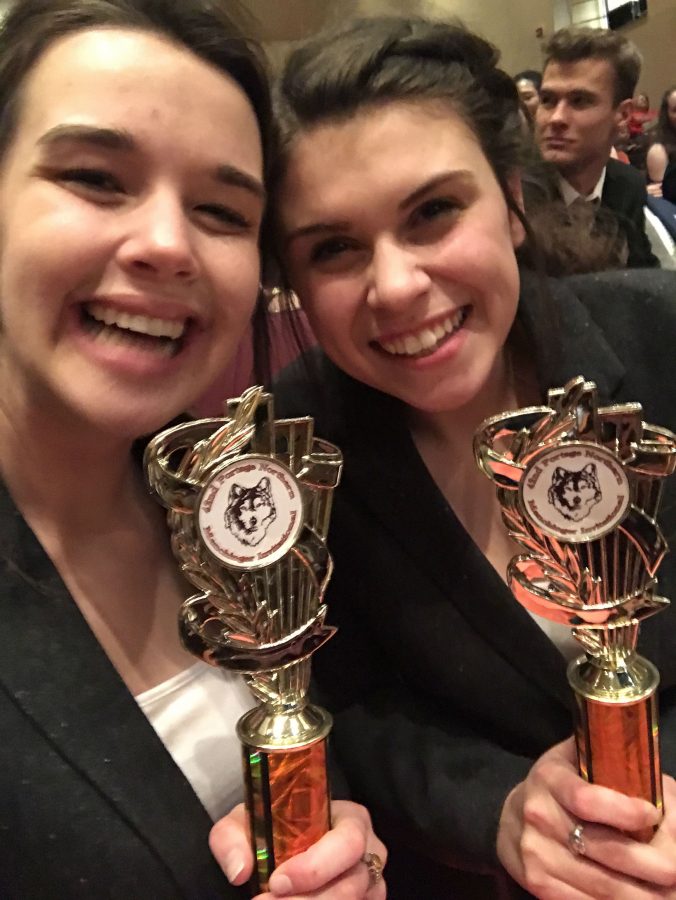 This weekend the PN forensics team crushed the annual Menchinger Tournament on their own turf. Portage Northern has been a strong team for many years and with the winners at last tournament, P.N. proved that they are not just the best team in Portage, but also a contender for the state title.

While the Huskies do not officially “take” the sweepstakes trophy at their own tournament to ensure fairness, they do find out if they win and by what margin. Northern had 6 1st place champion finishes that day and took home a myriad of other trophies for top 6. In every category, Northern had at least one competitor in finals.

First places were won by:

Second places were won by:

Third places were won by:

Fourth places were won by:

Fifth places were won by:

Sixth places were won by:

While Portage Northern’s Forensics tournament was a competition, it was a fun too. Before winners were announced, P.N hosted a dance party in the auditorium to loosen the nerves of many of the competitors. Stephanie Scafaria (12), who placed first in the Duo category, says, “I look forward to the dance party all day because it helps me de-stress before they announce the winners.”  It was not all fun and games, however. Forensics coach CeCeWeeks shared, “Northern was host to 15 schools and well over 350 competitors and a total of 500 visitors this past weekend (March 11th) at the 42nd annual Menchinger Invitational.  The tournament got off to a rough start when the doors weren’t open and then there was a glitch in the schematic, so we had to re-print all of the schematics and change all of the judging assignments in about 45 minutes…a job that usually takes all week to put together.  We had a great team who was more than capable of working together to solve the problems and by 9:00 the tournament was back on track.  The tournament ended up being very successful thanks in large part to the students and parent volunteers who organized the food, ran things around, and basically took care of everyone. So…a bumpy start to an otherwise very successful day.”

Tashifa Fayyaz (12) is a third time forensics competitor, she says “I love forensics because it allows me to talk about issues I am passionate about while also gaining practice in public speaking and other aspects that will be helpful in my future.” Overall, in every category a Portage Northern had someone place which is a huge accomplishment. PN forensics is in action next at P.C on March 19. 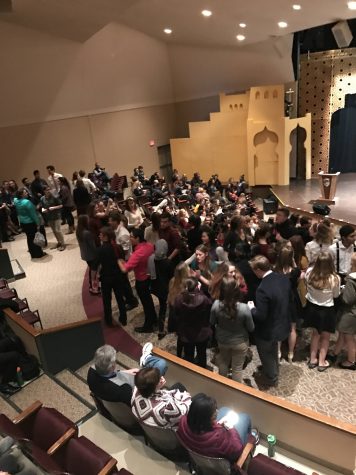 Forensics competitors waiting for the winners to be announced 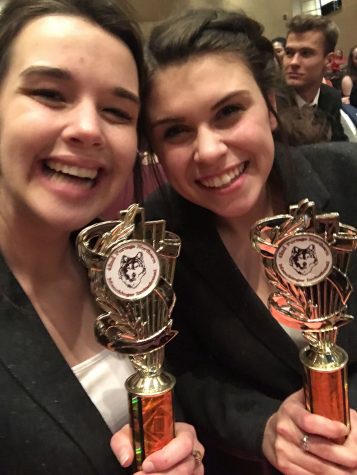