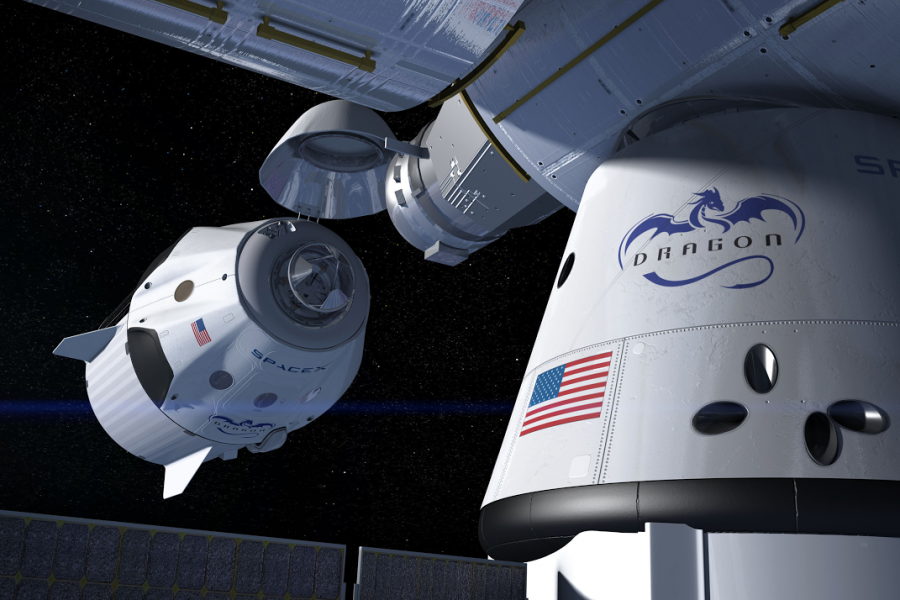 On Monday, February 27th, the founder of the company SpaceX, Elon Musk, announced that in 2018 they will fly two citizen passengers on a trip around the moon. Many people are now wondering if this could be the start of a new tourist industry through space.

Space X is an organization that designs, manufactures, and launches many advanced spacecrafts. The company was founded in 2002 and has been working ever since for one main goal; to enable people to live on other planets. Imagine what it would be like to be able to take vacations in space to see the moon: that hat is what the two unnamed SpaceX customers are going to do (the names of the two passengers will not be released until they have undergone health procedures to ensure they are fit enough to travel to space). Musk stated that the two passengers approached SpaceX on their own asking for this trip to the moon and paid a substantial amount of money to be able to make it happen. “Like the Apollo astronauts before them, these individuals will travel into space carrying the hopes and dreams of all humankind, driven by the universal human spirit of exploration,” said SpaceX representatives (Space.com).

The rocket will launch the passengers into space towards the middle of 2018. The trip is expected to last one week and according to Musk “…would skim the surface of the moon, go quite a bit further into deep space and then loop back to Earth,” (Space.com). Before this trip happens, SpaceX will fly NASA astronauts to the International Space Station as a part of their Commercial Crew Program. SpaceX aims to make uncrewed flights to the space station in 2018. What this means is that NASA must approve the rocket ships, Falcon 9 and Dragon, for human space flight before the moon trip happens. Musk said that this moon trip will be a major contributor to SpaceX long term goal of colonizing Mars.
This historical trip to the moon will go down in history as the first time regular citizens visit the space in an official NASA rocket ship. It will also start the beginning of a new era in space travel.