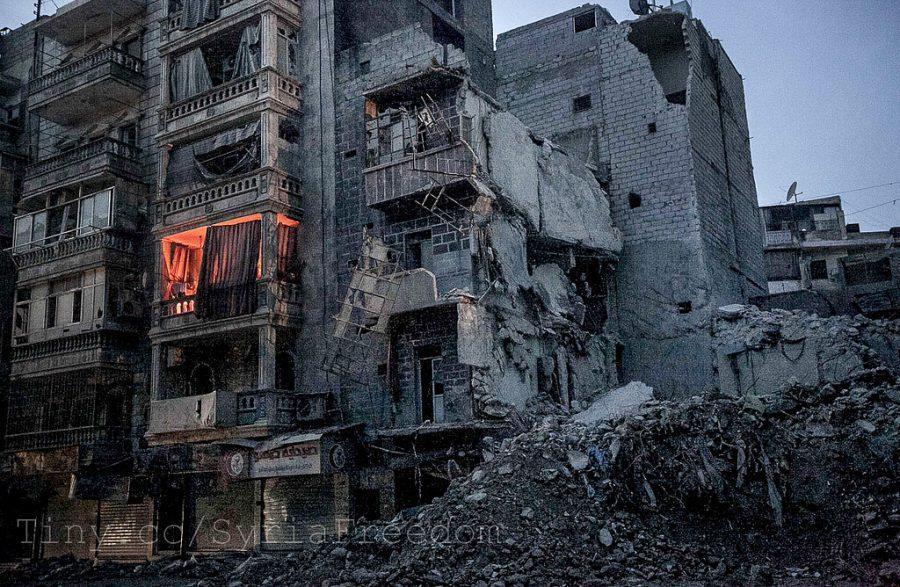 On February 25th, 2017, two towers were torn into flames by a group of suicide bombers, instantly taking 32 lives, including a senior security official-Bashar al-Assad, who controls the area of the Military Intelligence service. Major General Hassan Daeboul, the officer in charge of the local military intelligence branch, was killed as well. This bombing was correlated with the Al Qaeda group.

According to their telegram channel, the group of five or six crashed in two different security offices, getting through security checkpoints.  As rescuers were coming in, more bombs went off, causing many more casualties. The Governor of Homs, Talal Barzani, told The Associated Press there were three blasts, attackers wearing suicide belts, and the buildings weren’t even near by- they were about 1.2 miles apart.

Events like these are not uncommon in the Syrian area, yet Homs is one of Syria’s largest cities under government control. The violence officials from the Assad government met in Switzerland to end Syria’s six year civil war that has killed hundreds of thousands of people. “The Syrian government responded to a brutal terrorist attack in Homs by indiscriminately bombing innocent men and women in besieged Al-Waer,” said Mazen Kewara, the Syrian American Medical Society, after a conference about this violence.

Issues like these are not only relevant in Syria, but affect the United States as well. In fact, stated by Odyssey, the United States of America plays a tremendous role in the Syrian crisis. By accepting 6,726 refugees into their new home.

Many of these refugees have rest a home right here in the city of Kalamazoo. The local news station, MLive, provided information about how many refugees were welcomed to the city. In fact, there are a dozen families who are in the Kalamazoo county area, Samaritans, and Bethany Christian Services opened their doors to 75 refugees since last September.

To support these events, students, families, and friends can visit the Kalamazoo Refugee Council on Facebook.