A Question of Identity: My Journey with the Hijab 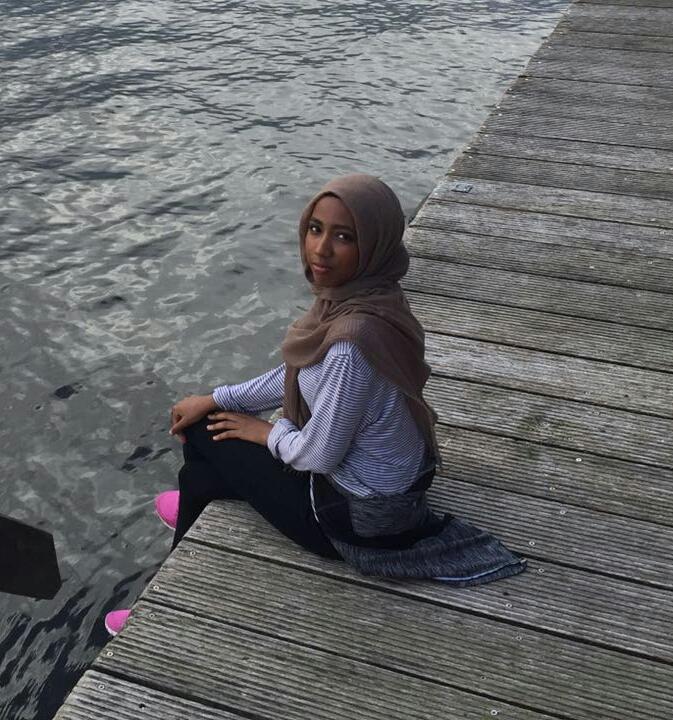 As I have grown into a mature young woman, I have come to the realization that my hijab is not just something I wear, it's a perfect reflection of who I am.

The hijab is simple, yet it has had the ability to affect my life in a complex way. The concept of the hijab is discussed in the Muslim holy book, the Qur’an, in Chapter 24, called an-Nur (the Light), in verse 30:

“…and not display their beauty except what is apparent, and they should place their khumur over their bosoms…”

The khumur refers to a cloth that covers the head, including the chest, hair, and ears. Hijab is encouraged among the Muslim community. I did not always want the hijab, but I have found over time that it is meant for me.

I began to wear the hijab in the 6th grade — the grade my mother and I decided on. However, as the summer after 5th grade drew to a close and 6th grade grew nearer, I desperately begged my mother to reconsider my initiation to the hijab. I grew up in White suburbia, with the residents predominantly Christian, and I did not want to be different. To say that the hijab would make me “different” would be an understatement. I was already different because of my brown skin, and I did not want to add to my already black sheep character. Nonetheless, my mother pushed me to wear it and I could not refuse her. Before the first day of school, I remember calling my best friend to tell her about my upcoming change of appearance. I cared to a great extent about people’s opinions of me, so much so that I felt it necessary to inform her beforehand to avoid the shock. I called her and said, “Hey… you know that thing my mom wears on her head? Yeah, I’m going to start wearing it soon, just to let you know.” She asked, “Why?” and I simply told her “religion” and nothing more.

I found “religion” to be my response whenever someone would ask me why I wore the hijab in order to keep it simple (and most importantly avoid appearing too different). I would not even reveal to people the real name of the hijab due to its foreign sound to the native English speaker. If someone would ask what was on my head, I simply called it a scarf. Although this is a true statement, oversimplifying a key component to my heritage brushed over an underlying issue I had with who I was.

A main fear of mine regarding the hijab was whether or not if I would be treated differently by others. Unfortunately, my fear was not aimless. The fact of the matter is that I am treated differently with my hijab. A key self discovery moment of mine was at the Kalamazoo airport in 2012. My mother and I were traveling to Minnesota and I had yet to travel by plane with my hijab until that day. I watched as the people before me in the security line moved easily through the metal detector and continued on their way to the gates. I was expecting the same procedure for myself and never had a second thought. I stepped through the metal detector, and without the machine going off, a security worker pulled me to the side to pat me down. I had flown before and had never faced extra security screenings until I started wearing my hijab, and that would not be the last time that the same exact scene would play out for me. That first time, however, made the most lasting impression: As a twelve year old girl, it was a repulsive feeling to be singled out and have a guard feel underneath my scarf to see if I was a threat to my own country. The hijab allowed me to be immediately identified not only as Muslim, but also as a risk to national security, all with the glance of the eye. However, my deep connection with my hijab has allowed me to manage the obstacles rooted from my religion that I encounter on a daily basis.

Being Muslim in America is difficult, and wearing hijab only makes it more demanding, but I would not choose any other way to live. Throughout the years, the inconvenience that has followed the hijab has evolved my character. My hijab gives me confidence. I have the choice to dress how I wish, and I know my belief in my choice truly is and should be the most significant aspect of my life.

When a country has been constructed in a way that tears down those in marginalized groups, it encourages me to rise back up stronger than before. Yes, I am ridiculed and rejected at times because of my religion, but the ignorance that fuels the bigotry directed at me provides me with more reason to remain educated. I take the most challenging classes at school and am planning an equally rigorous college career so that I can be a role model to other Muslim women and an illustration of how intelligent and strong the women behind the hijab truly are. Simultaneously, I am educating myself on the truth not just about the world around me, but about who I really am and what I believe. My education is my armor against hate, and my hijab is a perfect reflection of who I am.