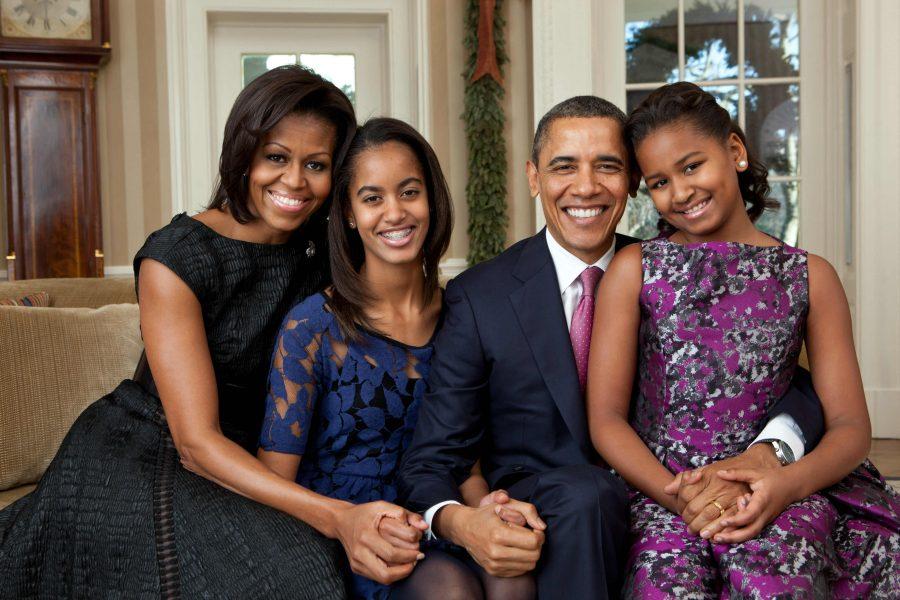 On Tuesday January 20th, 2009 history was made when the first African-American president was inaugurated. Eight years later, on Tuesday, January 10th, 2017, Barack Obama made his final address as president of the United States. His overall message? “We have hope.”

Throughout his whole presidency, the media doubted his judgement, politicians on the other side of the aisle thought he wasn’t suited to even hold the office of the President, and some people even thought he wasn’t born here. Now, as we reflect on everything and reminisce on all he’s accomplished within his time in office, it is obvious that those thoughts were put to rest. There is no doubt in my mind he was one of the best presidents we could’ve ever asked for.

Obama was charismatic, intelligent, outgoing, and a beacon of light and hope for the African American community. Sanah Gibson (10) says, “It’s sad to see one of “us” [African Americans] leave, especially since he’s done so much for our country and was an example to every minority that we can do it too.”

Many teens, young adults, and elders crowded McCormick Place in Chicago, Illinois and those who could not attend gathered around the tv with love and congratulations, but also with fear and sadness as we get ready to transition into a new administration.  Obama seemed to sense this, and throughout his speech worked to make us feel something that wasn’t hate or division, but instead the hope that he never gave up on. He said, “For now, whether you are young or old at heart, I do have one final thing to ask of you as your President – the same thing I asked when you took a chance on me 8 years ago. I am asking you to believe, not in my ability to bring about change, but in yours.”

Despite the President’s hopeful parting message, many are grieving his departure from office.

Julia Serlin (10) says, “It’s sad to see such a great and positive relationship (in Biden and Obama) leave office, but his speech will forever be memorable.” This is definitely the case for me; some of the things that I will always remember from the speech are the way that he shouted out to the youth, saying, “If you don’t like what’s happening, get out there and do something!”

This made is really obvious how important it is for my generation – our generation – to get politically informed, be politically active, and vote. He also went on to speak about how minorities, or as he candidly called us, “brown kids,” will represent a larger number in the workforce and should be treated as being accordingly valuable and important. He also discussed how immigrants play a huge roll in “our America,” so people with that status should embrace it.

Illustrating the “human” side that has drawn so many to Obama, he also gave a shout out to his amazing, beautiful, and intelligent wife Michelle, who has done a tremendous amount for women’s health, and also to his daughters Sasha and Malia, who have had to give up their normal, teenage lives to live in the White House. He said, “Michelle LaVaughn Robinson, girl of the South Side, for the past 25 years, you have not only been my wife and mother of my children, you have been my best friend. You took on a role you didn’t ask for and you made it your own, with grace and with grit and with style and good humor. You made the White House a place that belongs to everybody. And the new generation sets its sights higher because it has you as a role model. So you have made me proud. And you have made the country proud. Malia and Sasha, under the strangest of circumstances, you have become two amazing young women. You are smart and you are beautiful, but more importantly, you are kind and you are thoughtful and you are full of passion. You wore the burden of years in the spotlight so easily. Of all that I’ve done in my life, I am most proud to be your dad.”
His presidency is now limited to just days and America is holding our breath while we wait to see how the new administration will begin. Obama’s words of caution, “Democracy can buckle when we give in to fear,” should inspire us moving forward, as should his closing remarks in his speech, which were not just, “Yes we can!” but “Yes we did.” We CAN again, and while for many January 20th will be a sad day, it is yet still a hopeful one as we look to our future.