City of Stars, Review of the 74th Annual Academy Awards

The following article will be presented to you in CinemaScope**

** This is a reference to La La Land. It’s cheeky if you get it.

I was immensely excited for the 74th Academy Awards this year more than years past for two main reasons. One: I love Jimmy Fallon more than words can possibly describe. Two: Yeah sorry, drawing a blank. I just really love Jimmy Fallon. Be that as it may, three solid hours of beautiful gowns, quirky banter, and jokes from Mr.Fallon, what a dream. And as soon as the clock struck 8:00 p.m., I was fully prepared for a night of Hollywood glamour.

The red carpet insiders told us peasants watching at home that Fallon had a musical number prepared for the very beginning ceremonies. Being the Theatre Lover that I am, I had very high expectations. My high expectations were met within the first fifteen seconds of a satirical beginning mirroring that of the beginning of La La Land, nominated for seven awards Sunday evening. Cameos from Amy Adams, John Travolta, a Storm Trooper, and even the kids from Stranger Things appeared as the song continued. The camera follows Fallon inside the stage door, where he puts his fingers on a grand piano and plays the Golden Globe-winning song from La La Land, City of Stars. (See how I did that? With the title? Cute right?) His whole cold open was perfect from start to finish, and everyone in the audience ate it up.

It seemed as if this night would go on without a hitch. Unfortunately, to quote Mr.Fallon, “I just got off the phone with Mariah Carey and she thinks Dick Clark sabotaged my monologue.” Just as Jimmy stepped on the stage to thunderous applause (from me, I don’t know if the audience was clapping) where he stands for a few seconds before admitting the monitor was down. Being the star he is (I’m totally unbiased), he simply improved it right on the spot. Like a champ.

Great pairings of stars were put together to announce the nominees followed by the winners of each category. My personal favorite pairing was Steve Carell and Kristen Wiig. WIth that duo, you truly cannot go wrong. They walked on stage to applause where they just waved at every single person in the audience (I am making a note of that for when I am famous). Being the most animated people on the planet, they were the obvious candidates to announce “Best Animated Movie.” Wiig asked Carell, “Do you remember the first time you saw an animated movie?” Carell quickly replied he did; at which point he carried on of this story from his childhood where him and his dad went to the movie theatre. As the two walked out of the movie, Carell explains his mom was standing in the lobby. “That was the moment she told my Dad that she wanted a divorce….I never saw my father again after that day.” Fans of Carell know him to be a comedic genius. As he pulled his glasses off to dry his eyes, the audience roared with laughter. It was epic. Wiig understandably tried to comfort Carell, saying she saw Bambi the same day she had to put her dogs down. The much needed distraction of Bambi was suggested by her Grandpa, who she never saw again after that day. How did us mortals be deemed lucky enough to have both Carell and Wiig? I recommend you find the clip of it, as their inflection is 800 times funnier than how I can word it for an article. My hat goes off to those two. They provided some much needed comedic relief and banter to an otherwise dull line up of presenters. However, Goldie Hawn did make an appearance, which was amazing. All she has to do is walk into a room and she takes my breath away. What a doll.

Speaking of Dolls. Emma Stone. Stone beat the queen Meryl Streep out of “Best Performance by an Actress in a Motion Picture.”  Who does that? Emma Stone. Emma Stone does that. It is simply unheard of, but are we surprised La La Land had a clean sweep taking home every single award they were nominated for? (The correct answer is no, no you are not). If you still have yet to see La La Land, run, don’t walk to the the movie theatre and buy that ticket. Worth every penny. La La Land deserved absolutely every award it won. Well done, Hollywood Foreign Press.

With all of this glitz and glamour, it was hard to face the elephant in the room, but Fallon himself walked on stage to announce a tribute to the departed Carrie Fisher and Debbie Reynolds. A video of Reynolds singing a song to Fisher played while clips from their most iconic movies and beautiful moments together played. It was hard to watch for some in the audience and millions at home, but it was a closure that everyone needed.

Though every award show has its breathtaking moments, it additionally has acceptance speeches that all tend to sound as though they were copied and pasted from each other. I think it is safe to say that every normal, suburban or otherwise person, at some point or another, gave an acceptance speech for an imaginary prestigious Hollywood Award. Meryl Streep, nominated for her title character in the film Florence Foster Jenkins, took to the stage to accept a lifetime achievement award for the devotion she gives to every character she portrays. This platform is one that a selfish actor may have taken to thank the Hollywood Foreign Press and count their blessings and such. Not Streep. Streep walked up to that microphone with more grace than any human being has ever exuded. The whole audience of the auditorium, as well as every viewer at home, was prepared to hang on to her every word. Streep took this platform to say thank you, but then to express her concerns for the safety of the country. Actors that fawn after Streep recognize her undeniable talent for her ability to humanize a character by mirroring real life and taking mental notes of the world around her. Streep confesses that the most terrifying moment of the year was not from a film but from her analyzing of the real world but, of the United States’ President Elect criticizing a disabled reporter. Streep continued to express her overall concerns for both Hollywood as well as reporters. It brought just about every actor or producer or otherwise in the room to tears. I think at this point, it is important to note that, personally, I don’t believe Streep was making a political statement. I believe she was rather talking about the importance of art and performance as a whole. That performers have this ability to mimick the world and warn the world. Regardless of the platform you have, to use it to the best of your ability to breed a culture of love rather than hate.

This year’s Golden Globes will certainly be remembered for years to come. Fallon lead the show beautifully, with occasional laughs and a beautiful tribute. Many have reflected on the Golden Globes this year and felt that the actors’ hearts were simply not in it. Whether it be Streep’s powerful rhetoric or the gap left by a mother and daughter that have shaped Hollywood in their own way, attendees left the theater with a lot on their mind. The overall show was a thrill ride, in due thanks to Mr. Fallon himself. And, no doubt, speeches for this show will be remembered for awhile (I am talking about Carell and Wiig here). If I were to make one suggestion? More Jimmy Fallon next time. 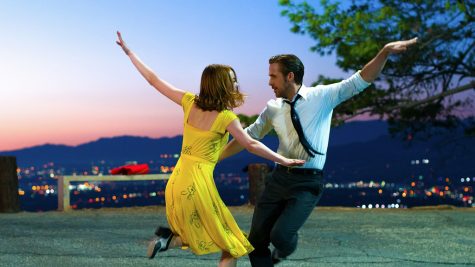