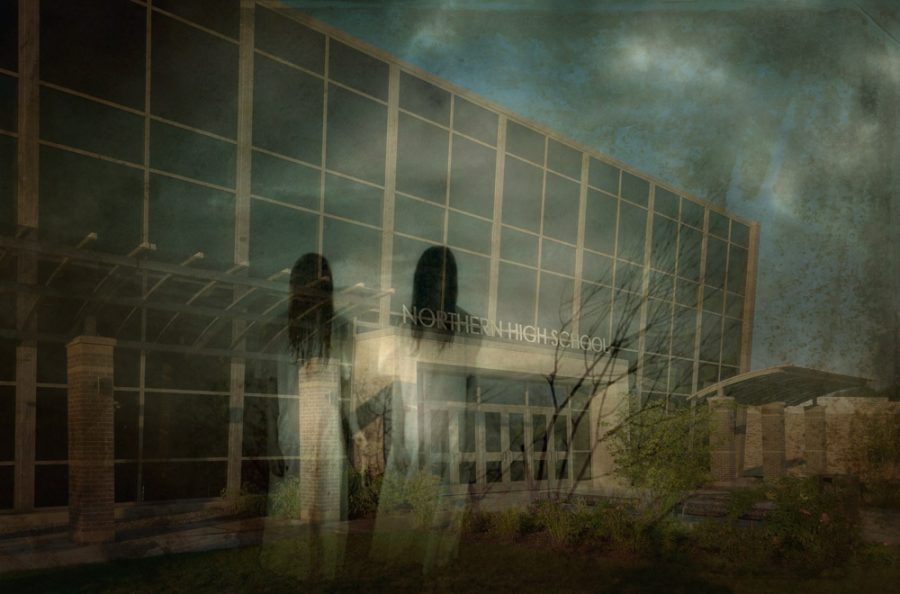 As Halloween is quickly approaching, scary movies are making their comeback in our society. While most of these films have fake plots, some of them are based on true stories. While thinking that some of these plots and paranormal experiences could never come true, here are some paranormal experiences from our very own students at PN that rival the plots of the infamous horror films.

: That shouldn’t be happening…

“One of my friends passed away when we were seven. When I was fourteen, seven years after his passing, I went to the graveyard for his birthday. I was a complete mess and as soon as I got there next to his grave I felt this cool breeze and was instantly comforted. All of my worries were gone and I was finally at peace.”

“I was watching TV in my living room and I saw “my sister” walk past out of the corner of my eye. There was a wall she was walking towards, so I was super confused. When I checked again, nobody was there.”

Brennan Mulhall (11): “I wasn’t sleeping at night and I heard footsteps walking down the hallway, and I decided to open the door and act like I was going to go to the bathroom (you know, thinking it was my dad) and that I was up for that reason (trying not to get in trouble). When I opened the door, there was nobody there. I had a light on so I could see a little bit, and there wasn’t anyone visible, so I walked up and down the hallway feeling for a person or one of my dogs, but it was just silent, and there was nothing.”

“When my Aunt was 16 back in the 80’s, her best friend had passed away in a horrific car crash. Her and her friends decided to try to contact her through a ouija board and they contacted something, but were still skeptical that it didn’t work. She went home feeling disappointed and really regretted not being able to say goodbye to her best friend. That night, she felt this pounding pressure in her chest that woke her up. When she opened her eyes, she saw a guy levitating above her bed standing there yet hovering over the foot of her bed. She said that he looked like he had passed away from a drug overdose. She was so freaked out that she flew out of her bed bolting to her mom’s room.”