The Northern Light • May 27, 2016 • https://portagenorthernlight.com/3872/entertainment/the-house-is-getting-fuller/

The house is getting fuller. 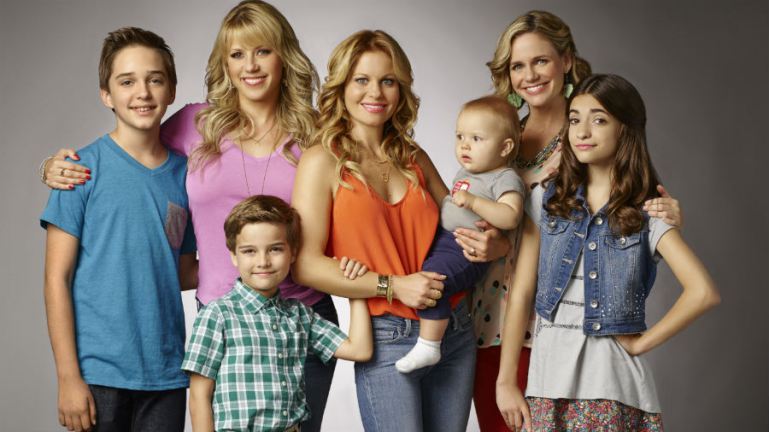 The house is getting fuller

What ever happend to predictability? The milkman, the paperboy, evening T.V? On February 26, the milkman, the paperboy, and evening T.V will return… more or less. Fuller House, The Full House  spin off series, features the original cast of D.J. , Stephanie, Joey, Danny, Becky, and yes… even Uncle Jesse. Unfortunately, the Olsen Twins won’t be returning to revive their role as Michelle, explaining “It is just bad timing for us.”  None the less, there is still plenty to be excited about with the return of this childhood classic.

Kimmy and Stephanie, if you remember correctly, were natural born enemies in Full House. Will they have grown out of their differences and form an alliance for D.J.’s sake? Hopefully not. It has been revealed that Kimmy will have a daughter, Ramona, and be divorced from her husband. Can’t you already hear Stephanie yapping Gibbler’s ear off about that one?  Hopefully Gibbler’s comeback ensues a “How Rude!” Guess who else is coming back! Guess! STEVE! D.J.’S first love! No other information regarding D.J. and Steve has been released by the director, but hopefully there is a rekindled romance, or I am sueing.

Despite known aspects such as cast, synopsis, place, and a few minor details, there are still quite a few  questions we can ask. Is it just one season? Did Danny find love again? Did Becky and Jesse’s sons ever make any friends other than each other? Did Stephanie date anyone? Ever? All these questions and more, will hopefully be answered, come February 26. Are we ready? “You got it, Dude!”

“Have Mercy!”: usually following a passionate kiss between Uncle Jesse and Aunt Becky.

“How Rude!” Stephanie generally repeated the phrase whenever Kimmy Gibbler was a little too extra.

“You got it,dude!” Michelle’s favorite line. One of the most memorable television catchphrases of the early 90’s, according to me and my infinite knowledge.

“Cut. It. Out.” Joey Gladstone, finished up his comedy routines with this, and the live studio audience would deem that a real knee slapper.