The Northern Light • May 19, 2016 • https://portagenorthernlight.com/3826/entertainment/chance-the-rapper-coloring-book-review/ 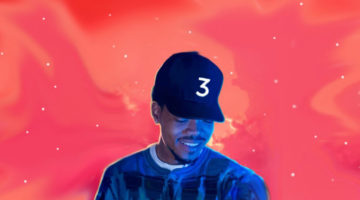 After a 3 year hiatus, Lil Chano From 79th is back with his new tape, Coloring Book. Chance initially tweeted that the name of the tape would be Chance 3 because it’s his third solo project. He dropped the tape on May 13th on Apple Music.

This new installment from Chance features a mix of about everything: Gospel type songs, trap bangers, and R&B slow jams, to name a few. It also hits hard with features, as Chance calls upon  big name artists such as Future, Kanye West, Lil Wayne, and many more. This looks to be the most anticipated installment from the Chicago based rapper, especially after receiving hype after his powerful verse on Kanye West’s “Ultralight Beam” and his album Surf with his band Donnie Trumpet and the Social Experiment, featuring the mega hit “Sunday Candy.”

The tape starts out with a biblical sounding song called “All We Got,” featuring Kanye West and the Chicago Children’s Choir. This song is about Chance being content with life on top and enjoying his girlfriend and family. Much like Kanye’s “Ultralight Beam,” it’s about how great life is and how it couldn’t get any better. Right off the bat, Kanye and his best prodigy deliver some feel good music.

The song that has the best chance (no pun intended) to be the popular single is “Mixtape,” featuring Atlanta rappers Young Thug and Lil Yachty. This banger is about the industry not caring about free distribution of music anymore, forcing Chance to ask the question, “Am I the only one who really care about a mixtape?” The up and coming Lil Yachty delivers a hard verse about how he had to work his tail off to get to where he is now. Chance even tweeted, “I think Yachty has my favorite verse.” This is one of those songs that bumps in the whip and has the potential to be a smash hit.
Coloring Book is full of dynamic melodies, cold bars, and a spirit liftng sound. Chance is solidifying himself among the Drakes and the Kendrick Lamars of the rap game today. Fans of all different types of rap and R&B will love this one. It’s extremely versatile in the sense that it hits on all types of genres of music.

The expectations were high for Chance after his 2013 tape Acid Rap, and he follows it up perfectly with Coloring Book. Chance was right when he said, “You can not mess with the light,” because if “the light” is this tape, Lil Chano didn’t miss a beat.

Chance The Rapper’s Other Projects:

Surf (collaboration album with Donnie Trumpet and the Social Experiment)