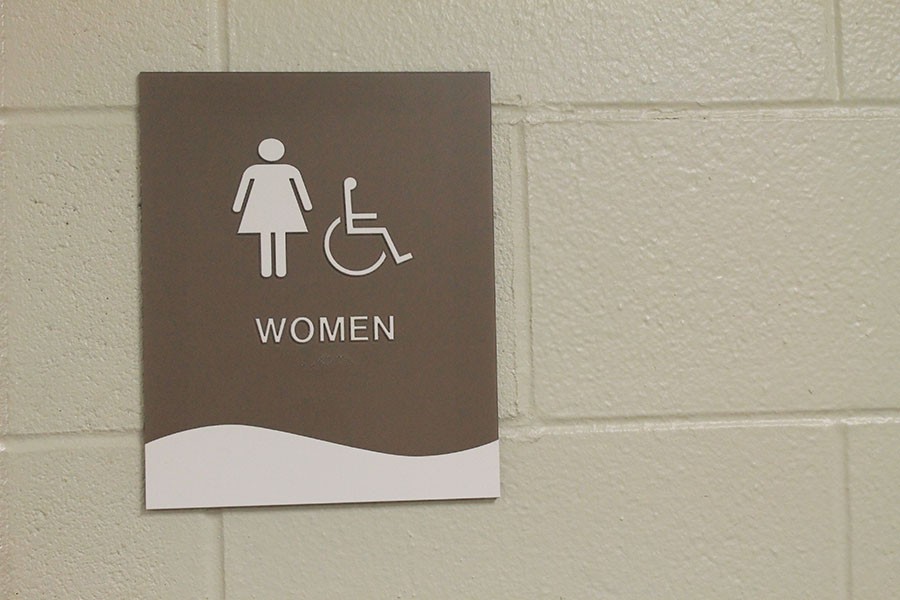 “This is sort of a cliche answer… I’ve known since I was really young. It was never a particular knowledge of being different… but maybe I came to a realization that I was a boy at age 7,” said Remur Curley (12), a transgender male who attends Portage Northern High School. He pursues art, violin and attends the GSA (Gay Straight Alliance) at Loy Norrix High School every Friday. He has struggled with bullies, adversity, and overcomes challenges every day, including which restroom is fit for him.

For most people, using a public bathroom facility is not much of an issue. For transgender people like Curley, however, it is a dangerous and complicated situation. A survey from UCLA’s William Institute reports that 70 percent of transgender people experience a form of disrespect using a public restroom or dressing room. “There are a few things that all of us need. We all need air to breathe. We need clean water to drink. We need food to eat. We need shelter and love. You know. Love is great, too. And we all need a safe place to pee,” said Ivan Coyote, an award-winning transgender author. People such as Coyote view gender neutral bathrooms as a priority, like using necessities such as water, air, shelter, and food to compare to using the restrooms. “Whatever gender one person should identify with, [he or she] should be able to use the corresponding restroom,” said Ryan Daniel(10).

With this knowledge, gender neutral bathrooms create a safe and reliable environment for many people, including people who are cisgender 0r straight, transgender, a parent/caregiver with a child of the opposite gender, a person with a caregiver of another gender as well.

Some believe it is a smart idea to begin funding towards placing a number of unisex bathrooms instead. Curley says, “…maybe adding a unisex bathroom would allow students to make the conscious decision of using it…. I hope it could lessen bathroom anxieties and fears from students.” He believes the government should not enforce a bathroom men and women can use together, but to take the initiative to add more unisex bathrooms for students who fear or develop anxiety towards the gender specific bathrooms. Not only does Curley feel this way, but many others as well. “Have wishes of the person be followed by just saying ‘unisex,’” said Austin Vanderweele(10).

Harassment and misunderstandings are the leading factor of bathroom anxieties and fears for the transgender community. “Bathrooms are so awkward for me because people never are quite sure my gender or whether I belong there or not…which is why I never use the school bathrooms because everyone’s like I know that kid but is that a boy or a girl?” said Curley.

After North Carolina passed an anti discrimination law over LGBT communities and bathrooms, even Donald Trump is in on it. “There have been very few complaints the way it is. People go. They use the bathroom they feel is appropriate. There has been so little trouble,” said Trump on NBC’s “Today” show.

Moreover, according to vox.com, the NBA 2017 all-star game will move out of North Carolina if they continue to keep this anti discrimination law in place. “We take the position that any discrimination, unintended or not, we’re on the other side… We don’t like [discrimination]…We’re not a political institution, we don’t obviously set political agendas and write laws, but to the extent we can express our values to policy makers, in this case North Carolina, we will and we do. We’re real clear about that,” said NBA commissioner, Adam Silver.

Yet, others may not agree or feel uncomfortable with gender neutral bathrooms, but this is not an issue Americans should avoid. “My biggest issue is when specific transgender people begin to argue with me and verbally attack me, claiming that in some way I am oppressing their rights. I have nothing wrong with them striving towards equality, [but] when it infringes on my own rights is when it becomes an issue,” said Jacob Ludeker (12). Many times misunderstanding doesn’t come from people who harshly disagree with their lifestyle choices, just people who feel slightly bothered by the idea.

“When having a tough time about a person’s gender or sexuality or anything really, whether it’s a loved one or a stranger, think of a few things. Think of the hardships they will face and the fears and dangers they may face. Think of who they are as individuals and their happiness,” said Curley (12).