How can you say no to that? 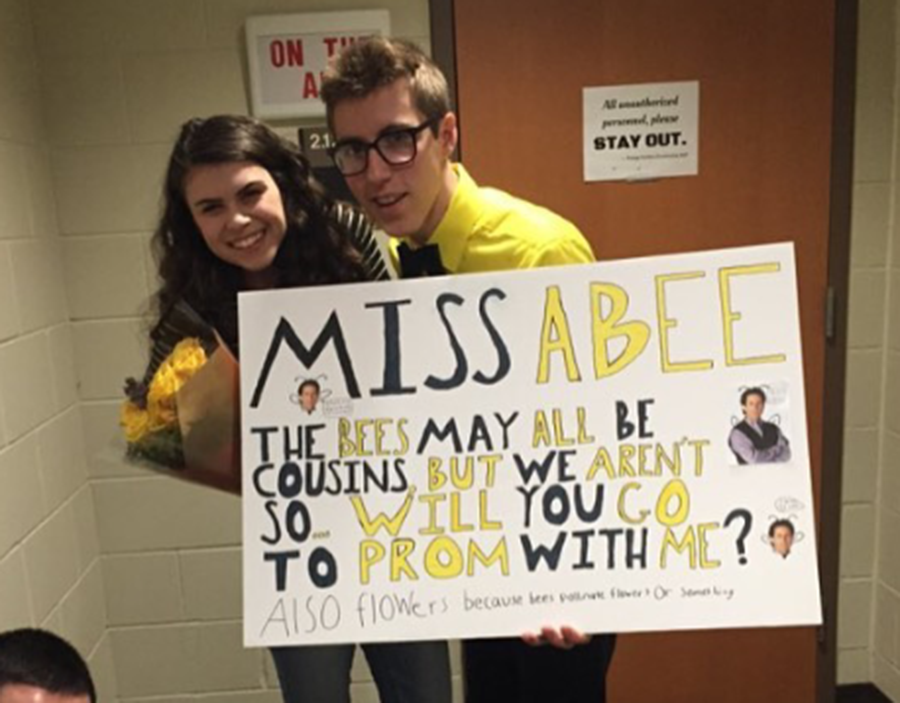 It’s that time of the year, where excited couples dress up in their fanciest clothes and attend the last dance of the year: that’s right, prom. Most seniors and juniors are waiting with anticipation for this popular event to arrive. But before the actual prom comes the promposals. Some promposals are hilarious, others are sweet. Yet still, some people take their promposals way too far, taking up a ridiculous amount of time and still risk rejection. So should there be a limit to promposals?

“I think that guys can do it really creatively, or girls even if they decide to ask a guy. I think that when they’re done really creatively and thoughtful, they’re really cool and interesting to see,” says Drayke Simpkins (11). She continues, “Sometimes, I think that there are a lot of presents bought for the promposal, like guys buying girls expensive jewelry. And it’s like we’re in highschool. I don’t think that that’s really necessary. If it’s just cute and thoughtful and something cheap, I think those are the best.”

A group who wished to remain anonymous argued over this subject. “I think that they can be tastefully done, but some of them are just tacky and stupid, like the whole shoe in the box thing. Or like basically anything you see on Pinterest that even relates to prom is extremely tacky. Don’t break into my house and fill my room with balloons,” said one person. “Well, it depends on the person. What might be tacky to me not be tacky to you,” said another student. “But if you don’t actually know them, then it’s super awkward.”

“I personally don’t care as long as the person who asks me is a wizard. If they’re not a wizard, then no,” said the last person. “I think that if you’re already dating and you know they’ll say yes, then do whatever you want. But if you’re not dating them and you’re just asking them, and you don’t know if they’ll say yes, then don’t do something super crazy because they’ll feel bad for saying ‘no.’”

Whatever happens for promposals, there will be memorable ones, boring ones, and some that stand out. It just depends on the level of creativity and effort put into them.