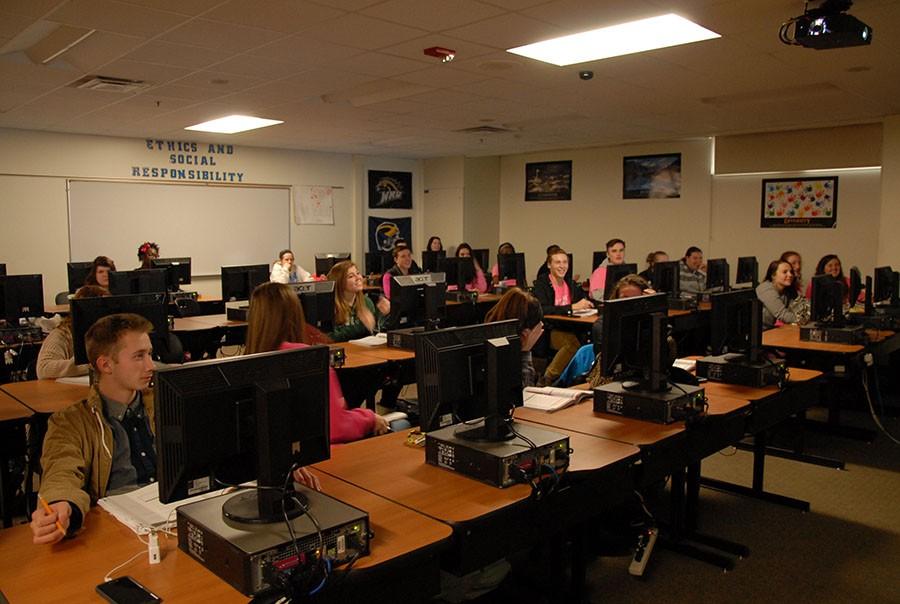 MP3- (2004) “I think I had a walk-man in the first grade, I would jam to my Britney Spears CD’s,” said Elena Wilson (12). From scratched up CD’s and Walkmen to the more contemporary Ipod, from having the trudge all the way to the store, to buying music online within seconds, the way we listen to music has changed more than anything over the span of the last 12 years.

Cell Phones-  (2007)  “I don’t know, I think I had some crappy flip phone,” says Ms. Rath. You see, before phones had magical fingerprint security, internet, cameras, and those blue messages with the cool read receipts, there was a phone that everyone wanted, the flip phone. The Motorola Razr sat at the pedisotole of flip phones. The Razr is where the generation of slim phones began and where the brick cell phones went extinct.  Thank you, 2007, for protecting our keyboards and saving us from lifting a brick to our ear.

Televisions- (2009) Flat Screens consume every part of our life nowadays. They are seen in home life and school life. At home are mostly used for entertainment, where school they could be used for anything depending on the teacher. But before these updates in technology innovated school, there were overhead projectors. “The projector thingy that you could write on!” said Maggie Schouwburg. Of course she is referring to the overhead that overheated rooms and made kids’ dreams come true with their moment of fame to write on it. Flat screens are indeed cool, but come on people… overheads.. way better.

Computers- (2012) the business department received new computers four years ago. The computers get better with each new set. “We are expecting new computers next year,” says Mr.Paffhausen, “it’s always exciting getting new technology.” New generations are more portable, slimmer, and faster as ever. However, they have a battery life expectancy of only a little over 10 minutes.  I suppose that is better than the old computers that weighed approximately 100 pounds and warped our desks.