To three or not to three, that is the question. 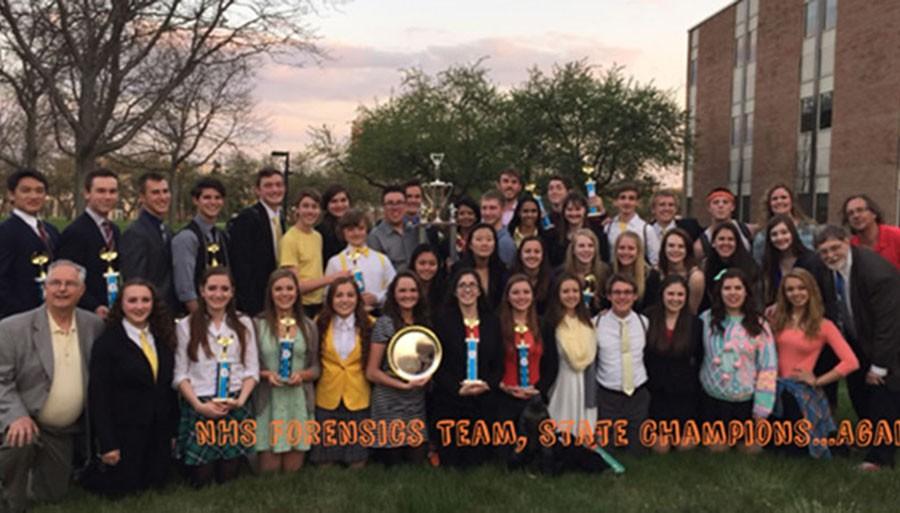 Judges and timer ready? The Forensics season is upon us. Portage Northern’s most successful state championship winning extracurricular public speech program is back up and running and is looking for the same success it has had for fourteen years now.

The goals of this year’s team will be the same as the years prior, to win a third state championship is a row and a fourteenth title in fifteen years. Only this time, for the second time in three years, the students will be under the direction of a new head coach.

CeCe Weeks was hired from Loy Norrix High School to be the new drama director, an English teacher, and possibly most importantly, the Forensics head coach. Over the past fourteen years, Northern’s Forensics program has garnered a myriad of individual state champions and thirteen out of the last fourteen Class A team championships. As a result, this is a job with a great deal of pressure and expectations to live up to as Weeks will atest herself. “Clearly I feel a lot of pressure. The team has taken first in state so many times and the darn trophy is sitting on the shelf behind me, starring me down saying ‘Can you handle this?’” Weeks says.

A great deal of responsibility does fall to the head coach; however, there are other coaches and alumni that are always willing to help the students as well. Jim Menchinger has been with the Forensics team for over fifty years now, coaching Northern to multiple team championships himself. Menchinger himself is quite iconic, with a place in the National Speech and Debate Association’s Hall of Fame, as well as having Portage Northern’s Forensics tournament named ‘The Menchinger Invitational’ after him. Now, he and his former assistant coach Brian Snell come back to assist coaching the public address participants.

One of those students that Menchinger and Snell have coached, quite successfully in fact, is 2014 Broadcasting State Champion, and 2016 Student Captain, Rachel Torres. Torres has had a great deal of success throughout her Forensics career, breaking into final round at every tournament she has ever competed.“I owe a lot to the coaches, especially Mech [Menchinger],” Torres states. “They’ve helped me grow as a speaker and learn a lot about presentation and public address in general, and I’ve gained a skill that will help me in any career field I go into beyond high school.”

The myriad of assistance Weeks has compared to her time at Loy Norrix has astounded her. “Norrix always had the odds stacked against them. Smaller team, smaller budget, not as many coaches, so we were always fighting,” Weeks explains. “It’s nice not to feel like I won’t be fighting and can really focus,” Weeks exclaims with a glint in her eye.

However, Forensics is not all about winning. Weeks puts emphasis on the process of getting to the promised land of another state championship. Beyond the winning, Forensics is giving the kids who participate an experience that will help them for a lifetime. “Obviously keeping that trophy on the shelf would be a bonus!” Weeks proclaims.