A review of the album “Death of a Bachelor” by Panic! at the Disco 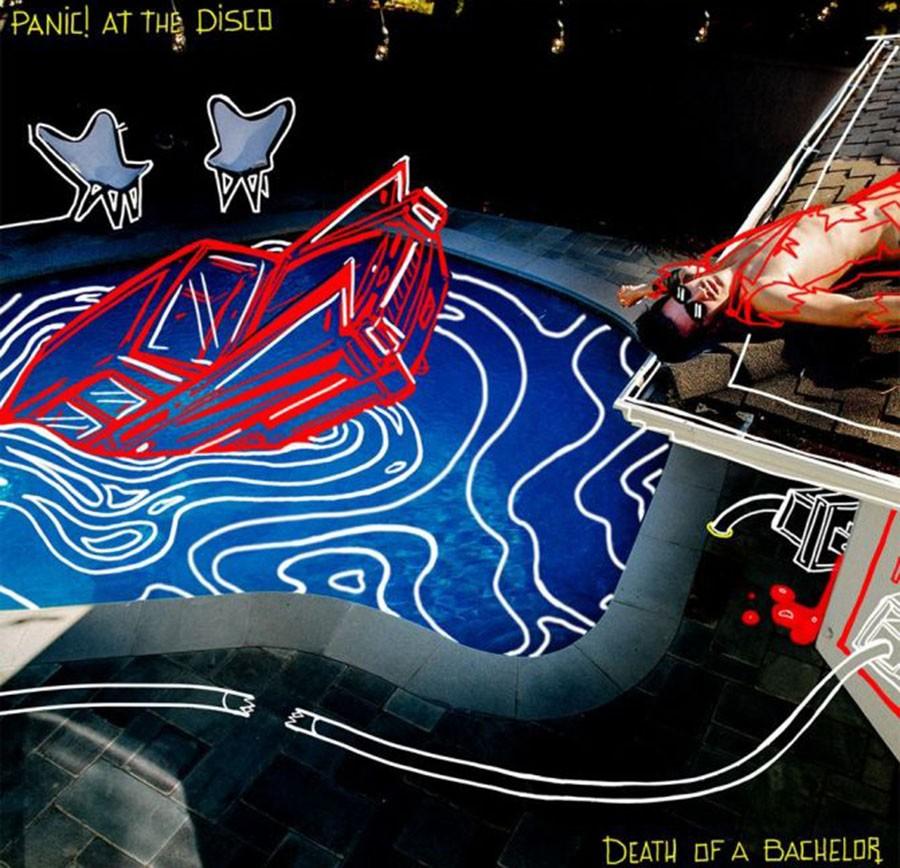 “‘Death Of A Bachelor’ is very important to me. It expresses the bittersweet (but mostly sweet) end of an era,” said Brendon Urie, lead singer of Panic! at the Disco. After three years of anticipation, Panic! at the Disco has finally released a new full-length album that already has fans going crazy.

Since its release on January 15th, 2016, “Death of a Bachelor” sold 169,096 copies in the first week and has earned the ranking of the Number 1 album on the Billboard top 200 chart. So, why are fans going crazy over this new album? In order to answer that question, let’s dive deeper into all of the components that make up “Death of a Bachelor.”

Each of the tracks in this album relate to one another through the concept of Urie giving up his bachelor life for marriage and all of the losses that entails. The tone of the album is intended to sound slow and jazzy at some points, and upbeat and pop-sounding at other points, representing the contrasting feelings about giving up bachelorhood. One song to note from the album is “LA Devotee.” The band released this song, along with a few others, prior to the official album release, and fans are raving about it.“I love LA Devotee. It’s fast and happy and really easy to listen to. I love the lyrics because they’re so relatable,” said Genna Goist (10). This song is about someone who has fallen in love with the city of Los Angeles and what it contains, and this person will do whatever it takes to succeed and be able to stay in LA. There is a debate as to whether Urie sings this song about himself or his wife, but either way, it relates to the album theme well (and let’s face it, it’s super catchy).

A more downbeat, but still delightful, song on the album is “Impossible Year.”  “Impossible Year is probably my favorite because it’s so soulful and different from all the other songs. It gives me chills every time I listen to it,” said Tessa Butt (11). Unlike most other songs on the album, “Impossible Year” is a slow song with a jazzy feeling. The lyrics of this song relates to an old ex girlfriend breaking his heart, so much so that he turns to intoxication in order to eliminate the pain. This represents one of the aspects of bachelorhood that Urie will not be missing and another reason to be excited about marriage.

All in all, listeners label this album in a category of its own; it has passion and a story relevant to Urie’s own life. “I’m just excited to show people this album because it’s so different,” said Urie. After listening to this album, fans everywhere have felt somewhat of a personal connection to Urie, as if they are two friends that have shared their secrets with one another. Although Urie is known for making sure each of his songs tells a story, this album goes beyond any expectations. Make sure to go out and get a copy of your own; trust me, you’ll feel Victorious.