First Time Voters and Their Effect 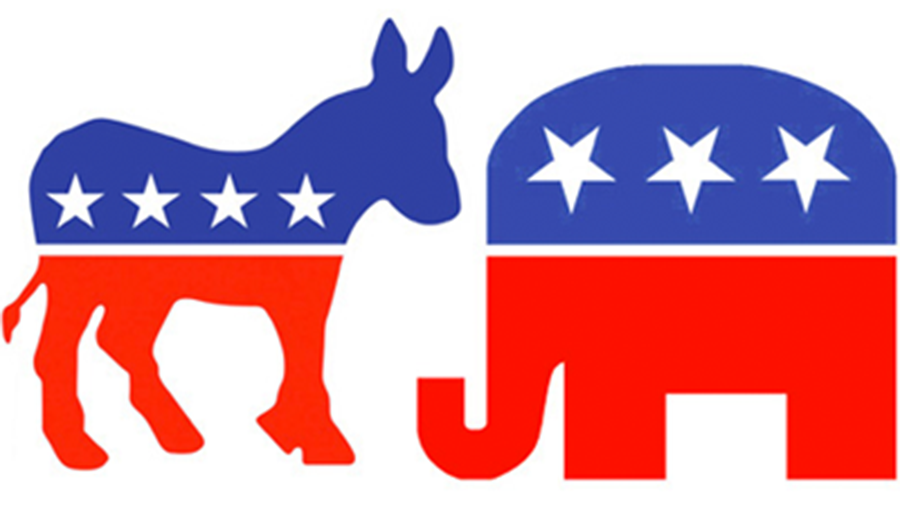 The nation is on the brink of a huge transition. We are entering election season, and many seniors will be voting in a presidential election for the first time. While teenagers are not seen as typically being instrumental in the inner workings of the political machine, it is pertinent that students take their role as voters seriously. Follow the example of Aaron Applebey (12) who concisely and intellectually sums up his political views with the statement: “Ted Cruz looks like a melting candle.”

Here I was thinking that it was just a widely accepted fact that Trump wasn’t a real human being, much less a legitimate candidate. There has been a considerable amount of buzz surrounding the ex-whatever it is he’s calling himself/current Republican candidate. “Go Donald Trump.

He’s going to turn this nation around. We’re all going to be rich,” said Alex Wojewoda (12). As Trump is the most widely discussed candidate within most  , it’s ambiguous whether or not Trump supporters are serious, or if they just see the mogul as a punchline to a joke that is slowly losing its hilarity. While most people would agree that based on their knowledge, Trump is the clear frontrunner, this is not entirely true beyond the confines of PNHS students’ twitters. Recent polls have shown that Republican candidate, Ben Carson, your average, everyday brain surgeon, is leading Trump in the polls by double digits in some states. This alone is astonishing, but further still amazing to contemplate is the fact that two candidates with literally no political chops are leading the race for the Republican nominee, as well as such candidates as Carly Fiorina, a Stanford grad who became Chief Executive of HP. This race has become one of the citizens, and while it may be beneficial to have a non-politician in office, it can not make up for what will be lost in terms of candidates who have experience with the more complicated responsibilities of a nation’s leader.

“I agree with him on pretty much everything,” said Henry Poznanski (12). Bernie Sanders has long been the unsung hero of the Democratic race and humans in general. Sanders has been present in social movements for decades, protesting in 1962 to desegregate college dorm rooms when he was only 20 years old. Throughout his presidential run, Sanders has garnered the support of a significant amount of voters within the high school to early college age group. Is that enough, however, to win the race? “If Bernie gets the nomination, a lot of millennials are going to vote for him, but he won’t win because he’s a self-described socialist and independents are afraid of that word. They’re going to hear a socialist and they’re going to think of communist, and you know, better dead than red. And they’re going to let the republican win,” said Applebey of Bernie’s chances at overtaking the White House. It is Sanders’s agenda that makes him so #relatable. Poznanski stated that he agreed with his decisions to “create free college and repeal the Citizens United decision. Many younger voters also identify with a more liberal view point, and Sanders’ distinct and unwavering opinions on supporting same-sex marriage and promoting pro-choice decisions are what draw the majority of his supporters. Sanders’s policies have been clear from the get-go, and although he may not yet have the support he needs to win, as word spreads of his ideals and plans for social change his following will only grow.

How do you research?

The 18-24 year old age group, according to a study on Science Daily, is more active in politics, although not necessarily more knowledgeable. This is likely due to the increasing role social media plays in the elections, which is obvious in the case of Deez Nuts. The candidate from Iowa may have begun his campaign as a joke, but he began bringing in votes within 8 and 9% especially in Midwestern states. To provide some perspective, Lincoln Chafee, Rhode Island governor and seasoned U.S. Senator with years of experience in politics pulled in 0% of the votes in Iowa. That’s right, Chafee. Deez Nuts is busting your nuts in this election. An article in the New York Times even referred to him reverently as ‘Mr. Nuts.’ It may be a laughing matter for now, but everyone can remember at least one friend who posted ‘Deez Nuts for President’ on their snapchat story. Perhaps within a changing society that relies upon social media to spread news, the so-called ‘Mr. Nuts’ may have a legitimate advantage over his fellow candidates. According to most people’s Twitters, the political debates are a significant source for their information. “I feel like watching the debates is actual research,” said Wojewoda. Granted, the debates are an excellent source to provide a base for knowledge pertaining to the candidates’  views on different issues and gives a feel for how the may address the public as the potential next leader of our country. Supplemental research is required in order to more fully form an educated opinion of the candidates.