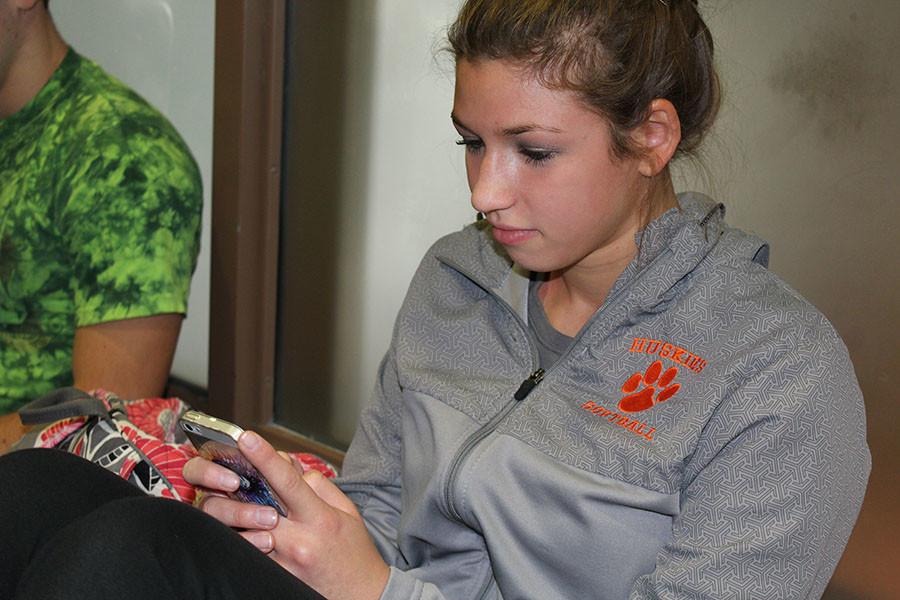 Gone are the days of passing notes in class. Most of the communication that students exchange is done right at their fingertips. Social media has become an enormous and often wonderful way to interact with other people. Sometimes people just don’t understand that copy and pasting something beginning with “If you are my true friend…” and ending multiple page scrolls later, really isn’t the best way to interact.

The NL asked students what they found annoying when using social media.

“When people fish for compliments by insulting themselves.” -Mary Kuras (12)

“When you follow someone and they see that you’re following them, but they don’t follow you back.” -Dorah Stephen (9) *

“Feminists on tumblr that say ridiculous things that a simple google search could disprove.” -Elizabeth Shaffer (12)

“It annoys me when people tag themselves.” -Lorin Moore (10)

“Some people they put like twenty hashtags for one picture.” -Moore *

“Those ads that are now on Instagram. They’re really annoying.” -Tess Diaz (11)

“[People arguing on social media] like to entertain themselves.” -Emily Morales (9) *

Though social media can provide an enjoyable pastime, sometimes certain things are just annoying. Whether it be hashtags or irritating posts, these pet-peeves could easily ruin someone’s time on social media. It might bring in likes and comments, but more often than not, a ton of hashtags aren’t the best idea. Maybe social media users should start to rethink their habits when posting