How it Impacted a P.N. Graduate 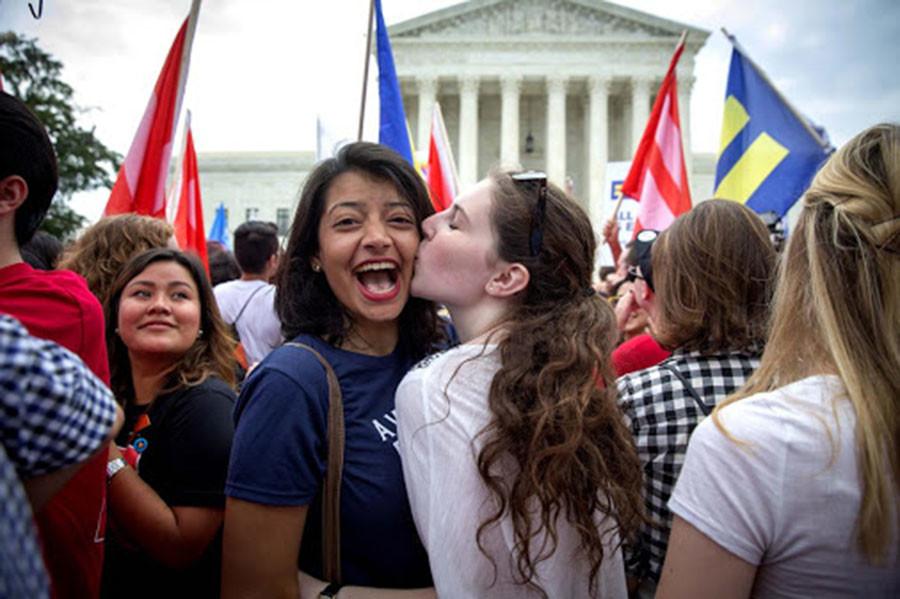 Pooja Mandagere  was not expecting her time in Washington D.C. with 25 people from Michigan Youth in Government to be anything more than an educational experience. However, the Portage Northern graduate’s life was forever changed when her group saw people rallying outside the Supreme Court on June 25th. “They were protesting for the Affordable Care Act, and told us that they would be returning the next day to protest for the legalization of gay marriage in the United States,” said Mandagere. “We thought it would be really cool to join them.”

So, on June 26th, 2015, she and her group went to the Supreme Court early in the morning to join the protesters.  “Everyone there was so anxious to hear the ruling. When they did finally announce it, they only told the media, so most people who were there found out via Twitter,” Mandagere explained, referring to the Court’s controversial 5-4 decision that legalized gay marriage in all fifty states.  “Anyway, my friend Natalie and I were so excited to hear the news we ran to the media section.  When we found out, we asked one of the photographers if they would take our picture in front of the building.” What Mandagere did not realize was that the man taking their picture was Doug Mills, one of The New York Times best photographers. “When he asked to use the picture, we were ecstatic.”

News of the ruling spread like wildfire – from the social media’s #lovewins hashtag, to celebrations and protests all across the country. As word got around, so did people’s opinions on it.  “I love it! Everyone should support another person’s happiness,” states Madisson Hlavacek (12).  But not everyone supports the court’s decision. “I personally don’t think that it’s okay. At least not in the eyes of the church,” said a student who wishes to remain anonymous. .

The Court’s decision, no matter how it is viewed, is certainly a historic one. “If you google me, the picture is everywhere. It’s even on a bridal website, with my face next to a wedding dress,” Mandagere said, laughing. “All I know is I will forever be in awe of having that picture be a representation of such a victorious day…I’m just so honored that I got to be a part of it.”  Lauren LaLonde (12), also adds, “The legalization of same-sex marriage is only the first step in accepting everyone as equals. If America is a rainbow, we are only on red.”