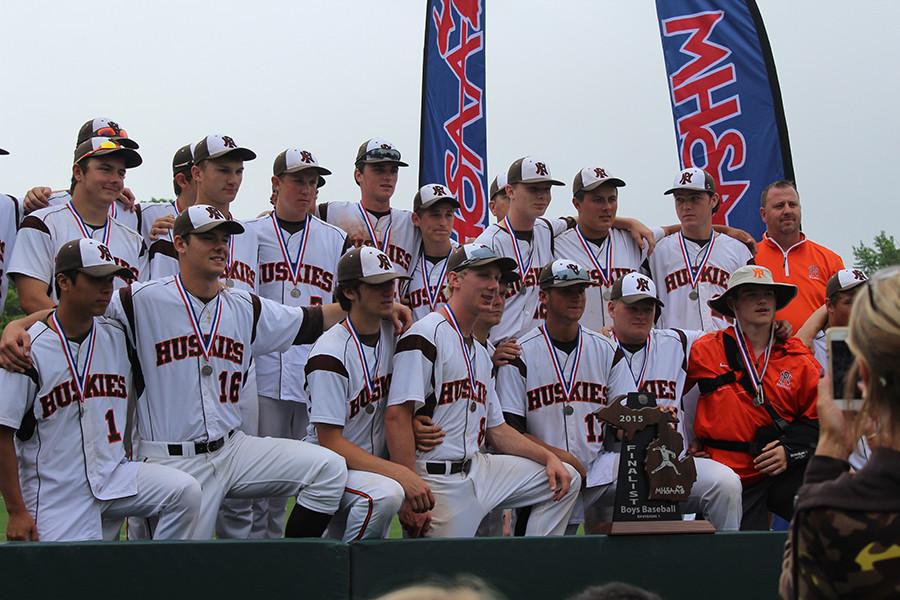 The Huskies celebrate their runner up success.

I have coached over 20 years witnessing many amazing and special moments in sports, but Northern’s Baseball run to the state finals was easily one of the best. And the 9 inning state final game, which resulted in a 2-1 victory for Hartland over PN, was truly a special moment. Despite falling short and a few controversial calls, nobody can take away what these players did. Tommy Henry (11) threw 151 intense pitches holding Hartland to 1 run. Senior Max Schuemann played amazing defense and picked up a huge late-inning hit. Freshmen Noah Hecht and Michael Lincoln were amazing in their roles as talented underclassmen. Ryan Beadle (11) played like a bulldog behind the plater, and Brady Young (10) accumulated multiple crucible hits.  Seniors Thomas Scheffert, Collin Hall, Ben Keizer, and Ryan Rochester lead the team to the state finals. And Coach Andrews managed this team beautifully, and without a doubt, it was a great and proud season to be a Huskie!