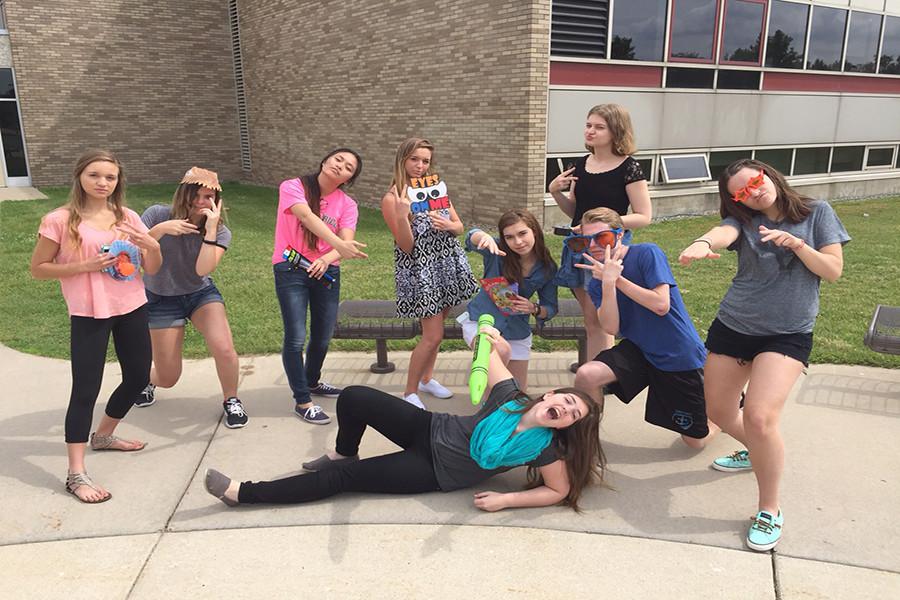 “We want the student-body to be more involved in The Northern Light,” said new editor-in-chief Megan McKenzie (12). Yes, the school year is ending, but Northern’s school newspaper staff is gearing up for the 2015-2016 school year. And next school year, the staff wants more students impacting and involved in the student publication.

This past school year, The Northern Light won more Michigan Interscholastic Press Association Awards, a few Student Newspapers Online Awards, but next fall, they want the focus to be on the 1400 students who attend Portage Northern. Lydia Huitt, next year’s Life & Style Editor said, “We just want more interaction with the students.” Cortney Chow said in order to reach more students, “we’re going to make the paper and website more modern.” With social media outlets (instagram @ northern_light_news and twitter @pnlight) and the actual printed paper, the staff wants to do more to gain readership.

Entertainment Editor, Maddie Conklin (11) said, “[We’re] trying to stray away from simple reviews and write about practically anything one can thing of.” And with the opinion section, which has always been an important part of the newspaper’s longevity, Alaina Taylor (12), said, “My goal is to not only express our opinions, but to include more participation from the student body.”

While The NL wants to be more cutting edge and provide a more student-friendly publication, they are not going to stear too far away from traditional journalism. In fact, next year’s News Editor, Nicole Bobb (12) said, “We want to tell our readers the truth in a good fashion.”

Photo Managers Connor Dunlop (12) and Bailey Neal (10) plan on making some changes as well. Neal said, “We want to give the students creative photos and pictures no one has seen before.” Dunlop plans on using more “unique pictures instead of a student in front of a wall or locker. We also want more action shots.”

Congratulations, NL, for another solid school year, and once the 2015 fall hits, heads up, Northern, the NL has already squaded up and they’re ready to impact the Huskie campus.