Year in Review: Ups and Downs 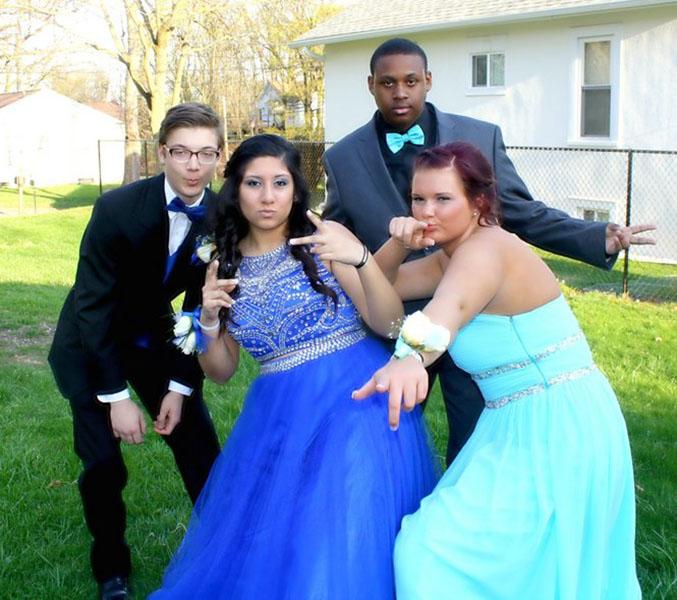 Every school year has its ups and downs, and this year is no exception. Below are three of the best moments from this year.

Just a few days before the start of the school year, the varsity football team played its first game of the season. The first part of the game wasn’t anything special; the action came later, and it was simply spectacular. Every fan was on edge, desperately hoping that the Huskies could somehow manage to recover from the poor performance they had put on for most the game. The fans were not disappointed. Late in the fourth quarter, the team pulled together and came back to win in the final minutes in an intense, hectic comeback. “It was crazy,” says football player David McNees (11). He adds, “Walking off the field and seeing all the fans celebrating was the best feeling in the world.” Indeed, for fans and players alike, it was truly a great time to be a Huskie.

Portage Northern’s diversity assembly was an important moment for the school this year. There were several performances which represented various cultures, and the assembly culminated with one of Portage Northern’s favorite substitute teachers, Dr. Houston, receiving an award for his impact on the PN community. “I think the diversity assembly was a great thing for our school, and I really enjoyed Doctor Houston’s speech,” says Quinlan Lewis (9). This celebration of culture and diversity here at PN was certainly one of the highlights of the 2014-2015 school year.

There were a lot of great memories made at this year’s prom. “My date and I had a great time, and I especially enjoyed being downtown. There were a lot of good places to eat before the dance, and the prom venue itself was nice too,” says Alex Kramer (11). This, along with the photo booth, caricature drawings, and of course the dancing, all helped to make the 2015 prom a great one.

This school year hasn’t been all great, however. Here are three less-than-positive aspects of this year.

“I guess it’s not so bad after you get used to it, but I think it only causes kids to be even more tired in the mornings,” says Chad Arnold (11). He is talking about a change made this year at Portage Northern which lengthened the school day. As all students will recall, in previous years the school day has started at 7:45. But this year, the start time was moved back ten minutes earlier, a change that few people like because it forces them to have to wake up a little earlier.

This year is the first year to give the M-Step test. It is for juniors only, and none of them are very excited about it. “I would rather take the ACT  again,” says Logan Biener (11). This is entirely reasonable, as the ACT is a one-day test, whereas the M-Step is dragged out over four days. And during these days students must miss class, which is almost as annoying as the test itself. Indeed, the addition of yet another standardized test was certainly a negative part of this school year.

Many students who buy lunch here at Portage Northern have not been enjoying the more nutritional additions to the menu. “It’s good that they’re healthier, but they’re not good, so no one wants to eat them anyway,” says Austin Miller (11). This is troubling news, as a healthy diet is very important for students. However, despite the disapproval of students over healthier lunch menus, there will likely be more nutritional changes coming in the future. But whether or not the schools will manage to integrate nutrition in the lunches while still maintaining quality remains to be seen.