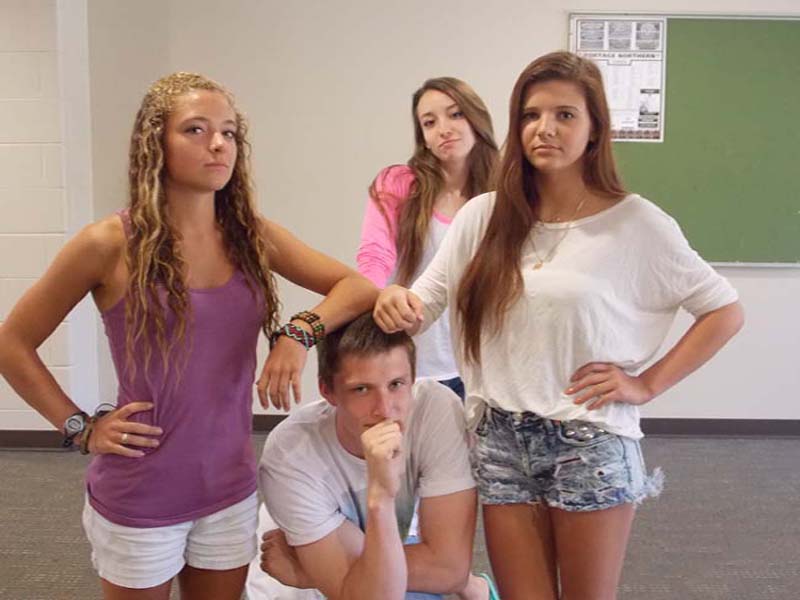 A year in review: PN Senate

The 2014-2015 school year at Portage Northern has been a busy one. From blood drives to raising money for Tuleeni, PN has been working hard to make an impact on the world around us. One group we can thank for putting special effort forth is the Portage Northern student senate.

Lead by senate officers Amanda Croft, Will Willoughby, Delaney Beals, and Student Body President Kayla Gercak, PN senate is playing an active role at PN. Senate Advisor Rick Searing said, “Our four senate officers… have done an amazing job this year of making our school and community a better place.” One avenue through which senate has used to reach out is Breadlift. Searing said, “over $17,000 for the March of Dimes” was brought in through donations.

Although having a student senate requires teamwork, Kayla Gercak has done an exemplary job of taking initiative and leading our school. As a result of Gercak’s efforts, Searing said, “Kayla Gercak… was just awarded the Kalamazoo YMCA Women of Achievment award for her outstanding leadership and community involvement.” Also, Gercak is talented in keeping strife among the senate to a minimum. Madz Van Winkle (10)  said, “Senate is a really big family. With 28 of us all having different strengths, weaknesses, talents, and interests, it’s a very creative group, but we’re all a little different so we don’t always get alongside. Kayla is always up for coming up with team bonding and trying to get us back on track so there’s good chemistry in class.”

PN is a large school with many different essential parts to keep it running. Lead by Gercak, PN senate is one of the necessary gears to have a smoothly run school.