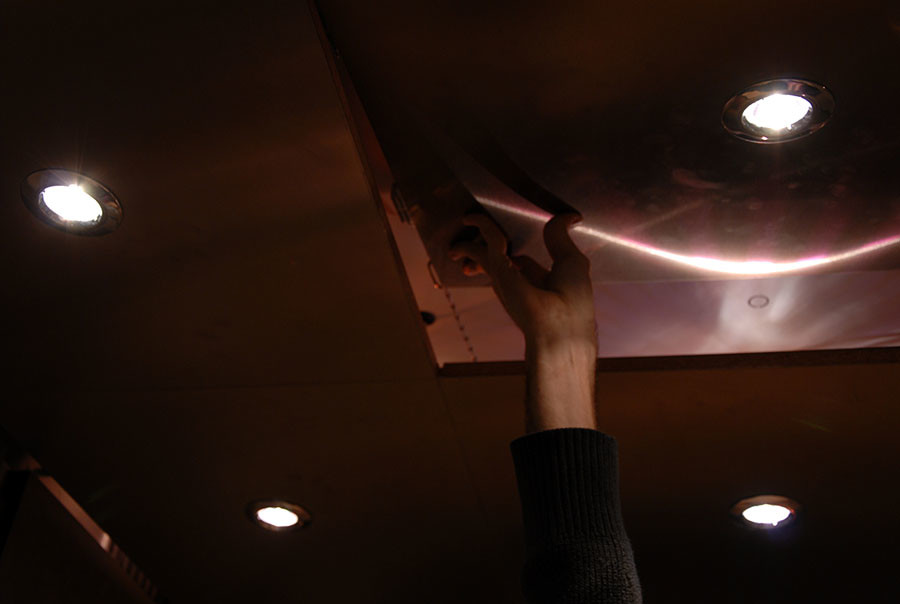 “What’s that skunk smell?” says the typical innocent student who doesn’t know any better. Although they are similar scents, most of our school knows that the elevator at the end of the hallway definitely smells like marijuana, unless it was the only spot in our school that suddenly got a skunk infestation. However, the aspect that we are not quite certain on is exactly how or why it smells this way, though there are some reasonable conspiracies.
Over about a week, a couple other Northern Light Staff Members and I have been practically investigating the elevators to see if we could find anything that might give us some answers. One thing we noticed was an empty, open bag lodged into a vent-looking space at the bottom of the elevator that could have held some sort of drug, but there is no way to be certain. We also discovered that the smell is very strong on the third floor but it starts to fade away as the elevator descends to lower floors. A key detail that we discovered is that there are many fingerprints on one of the elevator ceiling tiles, which happens to be the only one that lifts into a space above the elevator.
“The smell is most likely from the hydraulic fluid in the elevator, not smoke,” said Kathy Mirakovits, instructor of the forensic science class here at Northern. Usually, sulfur compounds do have a smell that is similar to that of a skunk, and organic sulfur is an additive in mineral oil hydraulic fluid. This could be a reasonable explanation, but why would it smell worse on the third floor than it does on lower floors?
Another popular thought is that students are actually just going into the elevator and smoking during the school day. “I think that it’s a secluded place where they can get in [the elevator], go to the bottom floor, keep the doors closed, and [smoke],” said Nikki Pachika (10). Most people can agree that if you are going to be the kind of person to do drugs during the school day inside the school, you already lack reasoning skills and would most likely pick this course of action.
With the evidence that we came across, one of the most rational explanations for the smell is that students are finding a way to go above the elevator and either store the drugs up there or fit through the open ceiling tile and smoking up there. Maddie Deboer (9) was a witness of two students going above the elevator, and she said, “A guy was lifting another guy up and was trying to grab something from the top of the elevator by the commons.” This could explain all of the fingerprints covering the ceiling tile that lifts above the elevator. Though nothing can be certain or incriminating, this seems to be quite a probable scheme.
Whether it be because of hydraulic fluid, actual marijuana, or the improbable skunk infestation, our school elevator undoubtedly has quite the unpleasant scent. No matter the case, I leave you with this piece of advice: don’t do drugs, stay in school, and
help keep Portage Northern fresh and pleasant.