The secret actors of PN 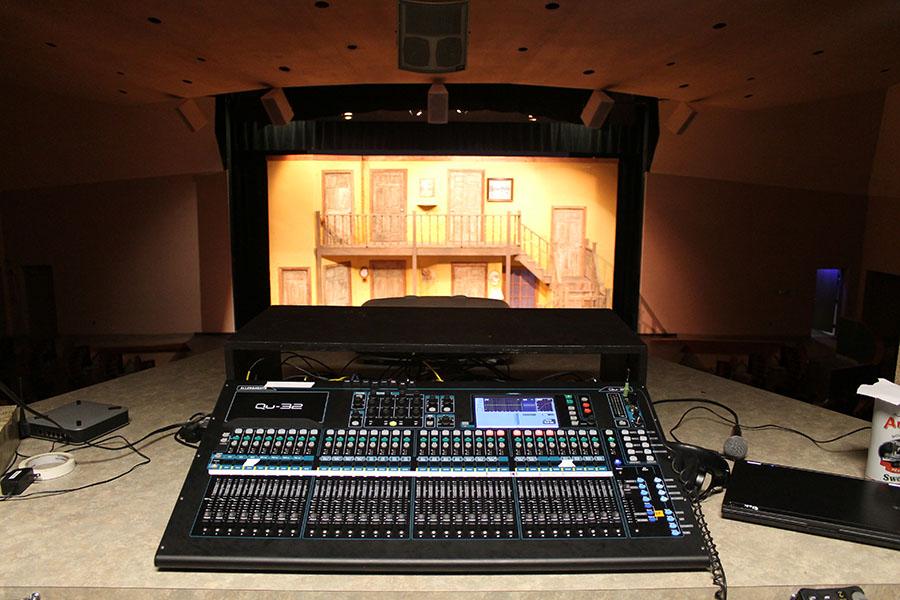 When students think of Portage Northern’s Drama Department, they think of extravagant costumes, colorful lights, and bold voices. However, they never witness the hard work and dedication of the hidden technical team behind the curtain.

Every year the Drama Department strives to keep up the tradition of  breathtaking productions to not only entertain the ear, but the eye as well. Last year, The Wizard of Oz took center stage and wowed audiences with its special effects and real dog, Toto. These effects would have never been possible without the help of members from the technical crew or “techies” for short. “It’s cool to think that the actors  would not be able to put on a show without our help,” said Maya Ablao (12). Without Ablao, who is a second year techie and is the sound board operator for all of PN’s productions, The Wizard of Oz might not have even happened due to serious technical malfunctions. Last year, during the first matinee performance, there was a huge thunder storm that cut the power in the auditorium during intermission, deleting all of the cues that were previously set for sound, which was needed in the next scene. While monitoring the actor’s mics, Ablao climbed onto a separate platform and opened the projector to start the Wicked Witch of the West’s writing in the sky. “It’s tough being on tech because when things go wrong, we are the ones who have to fix it on the spot,” said Isabella Davison (11).

Tech Crew isn’t just learning about the technological aspect of shows or learning how to deal with situations on the spot. It also creates a new kind of social environment for students involved in crew. “Members of the crew on average over 60 hours in mere preparation for the musical or dramatic productions,” stated Steve Van Dyke, a member of the Portage Public School Technology Department. He continues to say, “ They also spend over 30 hours in performances and about 3-4 hours in strike.” This time commitment alone gives way for any students to become part of a close knit community by allowing the techies to become part of “one big family,” said Shalbi Ruiz (10).

There are various crew positions that contribute to Portage Northern’s productions that there is usually a job for everyone. If you’re not as tech savvy as others, you could try costuming, make-up, or props. If the mechanical side is more your style,  lights and sound teach students how to program cues and focus lights. No matter what area of tech you are a part of,  you are still able to help bring the 2 dimensional design to life to help create a story for an audience. “As one of the first people in, and last ones to leave, it’s exciting to walk into a dark auditorium and check everything prior to a performance.  It’s as if the auditorium is waking up ready to have another audience,” said Steve Van Dyke.