The destructiveness of social media: Is it really that social? 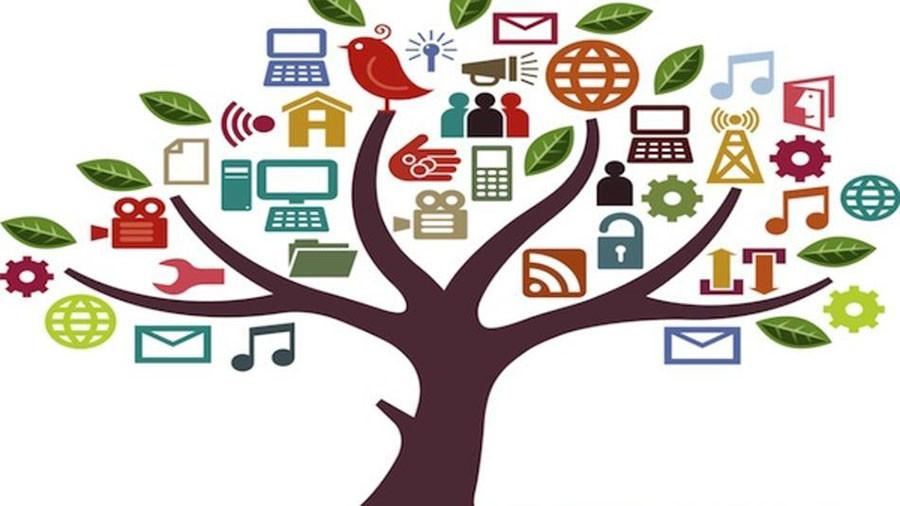 Social media can be an outlet for many when it comes to everyday stress relief or even just kicking back on the couch after a long day of school and checking out the latest sports or news stories. Following favorite celebrities is something of a habit now for us as a community and more specifically the new generation of teenagers.

Creators of websites such as Twitter, Facebook, Tumblr, and Vine did not produce these sites for destructive purposes. Even though the reason these connective sites sprouted was to spread a positive outlook on life across the globe, it is available to anyone, even the ones who shouldn’t have the right to express their views publicly. “I feel like the people who use their accounts anonymously to make other people mad, or make fun of others is a way of saying they’re not big enough to say it to their face,” said Daryn Snow (11).

Snow is correct for many reasons. For the majority, teenagers use social media in a great way. The hilarious six second videos we find ourselves cracking up out loud to in a quiet class or the one hundred and forty character blip about the World Cup is more than worth it to download these apps to our devices. But when a fake Twitter account appears in your suggested to follow and begins to spread vulgar, inappropriate rumors about different people, friends, or even family, it ruins the potential of our society actually becoming positive as a whole. Even though the thought of having a completely sane and appropriate world sounds perfect, it’s more fantasy than reality. We will always have the negativity that is spread through the virtual world that we call the Internet. But, as a generation we do have the power to change the way we go about using the internet.

“Social media is great for a lot of things. Facebook is fine, there’s nobody making fake accounts and you actually have to add your friends. If everyone was private on Twitter and we only allowed certain people to follow us, we could fix the whole issue, but people don’t want to do it,” said Max Schuemann (12).

Schuemann’s point is more than valid. The fact is, if some people didn’t enjoy the hate and bullying that goes on behind the screen, it wouldn’t exist at all. Some individuals are intrigued by it, and they feel the need to get involved to be important, or like they’re a part of something.  For most of us here at Portage Northern, we love social media. We use it in a way that’s not hurting anyone, and some of us even look to our teachers for inspiration on the World Wide Web.

“I follow some of my teachers on Twitter just so I know when we have a snow day or not. They usually know before any of us do,” said Blake Therrian (12).

The hate spread through our favorite square apps is not a constant thing, and it really doesn’t happen too often. But when it happens, it causes multiple problems and people get hurt. If we can keep it to a minimum and eventually eliminate it completely, we’ll be in a good place.

“Life is something you can change, that’s why mine is so awesome,” said Snow.