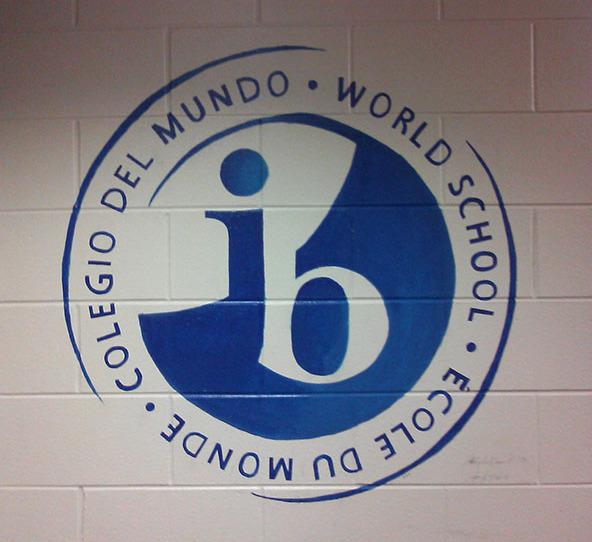 Pulling hair, drying tears, stressing over due dates and caffeine-induced all nighters. IB Diploma candidates and students are familiar with all of the above afflictions. But is this arduous process really the nightmare upperclassman make it out to be? Here, weigh the good with the bad and compare opinions with some of Northern’s IB students.

IB classes are renowned for their difficulty and harsh grading procedures. The new system of grading and teaching comes as quite a culture shock for juniors transferring from the honors classes thumb-sucking levels to college-equivalent courses. “The thing that I don’t like is that because we’re in Portage, the teachers grade easier, so your school grade might be good, but then they send tests and your labs and IB will act like you’re a college student and chew your test up. That’s the bad thing, trying to take college classes here,” said Carly Dawson (11). It’s also a very upsetting transition for honors students who are accustomed to getting A’s on a frequent basis to receiving far lower scores than what they expect from themselves. “All I hear is people saying, ‘Oh, I got a D on that test, I got a D on that test,” said Carson Doherty (11).

“When I was a freshman, the counselors were really into having people challenge themselves and pursue the IB Diploma,” said Abby Newell (12). It’s no secret that this school has a love affair with all things IB, but in some instances, these classes can connotate a social difference between IB students and students in regular classes. “I really think it’s two different [kinds of] people,” said Nick Vichinksy (11). More often than not, this statement is true. However, sometimes, it’s more intelligent to take a regularly-paced class and exceed in comparison to a student taking all IB classes who ends up dropping or failing because their schedules are too packed and there just isn’t enough time in the day. It’s also untrue to suggest that students in either class are any smarter than the other. Everyone has a different way of learning. Just to be clear, IB classes are definitely positive in the long run, and people who are challenging themselves and applying themselves should be commended. However, being an IB student does not make one a superior to anyone else.

The IB Diploma irrefutably takes up the majority of students’ lives. “I do think that it’s a good system, but it is kind of hard. I have a ton of other stuff outside of school that I have to do in addition to my IB classes,” said Shannah Mwanda (11).  The school advertises and encourages extra- curriculars as widely as IB, but the two seem to be mutually exclusive. Teenagers face the challenges of getting a job, researching colleges, preparing for standardized tests, participating in extra- curriculars all while completing their homework assignments in a timely fashion while maintaining a sunny disposition. When it’s all counted up, there just isn’t enough time for frolicking or taking a ten-minute TV break. “It’s a lot of memorizing, going through stuff very fast. The tests are very picky usually and there’s a lot of work load. It stresses you out,” said Anonymous.

With the economy the way it is (oh look, adult talk), college can cost some families up to 100,000 to 500,000 and beyond. Double or triple that figure if they have multiple children. The IB program allows students to take more rigorous classes in exchange for thousands of dollars saved. “[They] want you to have the best advantage you can when you’re going into college,”  said Alicia Sobell (11). The steep price of IB tests far outweighs the potential of taking that same class in college and paying 10 times as much. For students that pass these tests, it can be a significant advantage. “I really believe the biggest benefit to IB is that any student who takes IB will be prepared for success when they leave school – no matter what they choose to do or where they go,” said Rick Searing, IB Coordinator at Portage Northern High School.

College is a foreboding transition for all students, but IB classes can lighten the load. “The number one thing I hear from our IB graduates was how much easier their first year of college was and how much more prepared they were than the other students,” said Searing. Moving away from home and looking out for yourself for the first time is stressful enough. By taking the IB classes, it can make life a little easier when moving into a college atmosphere. In addition, being eased into college-level classes can also prevent students from dropping or failing classes in college and spending even more money to re-take the class.

In high school, students should challenge themselves and branch out of their comfort zones in order to receive the full High School Musical experience. IB classes also help in this aspect. “I like the [IB classes] just because it challenges me. Honors classes didn’t really challenge me that much,” said Carly Dawson (11). These classes are also especially helpful for students who are pursuing Ivy League schools. IB allows students to get a quality education that allows them to try and accomplish anything they want and opens opportunities they may not have had otherwise. “It’s definitely a good idea, it just depends on what you want to do with your future and your college,” said Newell.

Truthfully, while the IB Diploma does have some downfalls and some sacrifices that must be made, it isn’t all bad. These classes are definitely beneficial to students, but many students feel pressured to take the IB classes because they are heavily endorsed by the staff, which can eventually set them up for failure. In addition, the noticeable contrast between IB classes and regular classes is distinct and cannot be ignored. This may be part of the reason that this school has been named a ‘Focus School’, which means that the highest scores on standardized tests are too polarized from the lower scores. The solution is simple in theory. If the school instituted more intermediary programs, it would provide a middle ground so that students aren’t so separated. While this may be difficult to carry out, I think that it will provide an improved atmosphere for students and promote success more thoroughly.