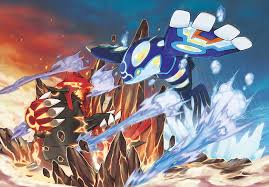 Many of us played Pokemon Ruby, Sapphire, and Emerald in elementary school—don’t even deny it. Pokémon was the greatest video game ever in a time where we were too old to play Animal Crossing and Nintendogs, but too young for Call of Duty and Halo. Nintendo has released remakes of these classic games for the 3DS with new features that revolutionize the series and a storyline that will make you remember when you thought mashing the A button when you threw a Poke ball actually did something.

Last year, X and Y brought major changes to the Pokémon franchise, and Omega Ruby and Alpha Sapphire (ORAS) retain these updates. The 3DS’ 3-D function is present throughout the game, however the number of in depth 3-D clips has almost doubled, giving greater depth to the vision and story of the game. Mega evolution too, makes a powerful comeback. Popular Pokémon recieve this new feature, including Salamence, Metagross, and Rayquaza, as well as some less-popular fighters, including Beedrill, who now out speeds every Pokémon but two and can kill nearly every Pokémon in the game in two hits.

This game’s story has far greater depth than the originals; both the villains and the gym leaders now seem more like real people rather than just pixels with a singular personality trait on a screen. The games also contain an extra post-game chapter, titled “Delta Episode,” whose plot centers around Rayquaza, and involves a trip into space to battle another popular legendary Pokémon native to the Hoenn region. Remember how you used to think that you could get to space from the space center in Mossdeep, but really your friend’s older brother was just lying to you because you were eight and were willing to believe anything? Well, the dream has come true.

ORAS also introduces a new feature, soaring, which involves calling upon Latios or Latias, and then flying around a 3-D model of the entire Hoenn region. This is ridiculously awesome, providing an entirely new landscape for the Pokémon games, and allowing the player to actually participate in flying around the region, as well as providing some otherwise not-obtainable regions in the game, introducing a diverse set of roughly forty new islands in the game.

The games also make Pokémon’s motif “Gotta catch them all” more of a realistic goal. Between these two games, and X and Y, every Pokémon is obtainable, including legendries. ORAS holds upwards of twenty legendary Pokémon for the player to catch throughout the game, far more than what’s offered in any other game.

Contests and secret bases, originally only exclusive to Ruby and Sapphire, make a return. Contests are more pointless than the three weeks we weren’t allowed to have popcorn, but the secret base function within the game allows for players to create their own gyms, a feature that has been desired for decades.

Pokémon Omega Ruby and Alpha Sapphire provide a major throwback to the Pokémon games of our childhood. The games are rich with an overwhelming sense of déjà vu as the gaming experiences of our youth are transformed to fit the major gameplay improvements and strides the Pokémon franchise has made in the past decade. Don’t think you’ve become too cool for Pokémon, this game is great and you need it.