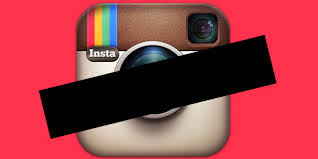 “How many likes did I get?” The amount of times I have heard or have been on the receiving end of that question is astounding. From selfies to Starbucks, we post pictures of it all. Unfortunately, we tend to abuse our posts to Instagram. This could range from unintentional annoyances to making poor choices. Even the millions of all-school assemblies and public service announcements have not solved this ever-lasting issue.

Without a doubt there are certain people that post absolutely everything that they do on their accounts. “I hate when people write huge paragraphs for their descriptions. It’s annoying and no one likes reading them,” said Isla Wilger (12). We can easily avoid this if people had the common sense to ask themselves if anyone will actually care about what they are about to put out there. Does anyone care about what you had for breakfast? No. Does anyone care that you just went to the bathroom #feelingood? Not in the slightest. This aspect has less to do with personal interests and more to do with common sense.

Without a doubt, a huge part in the abuse of posts includes attention seeking. Whether or not this is intentional is a different story, but it still exists. Most of the attention seeking posts show the user making poor choices. This could be the person doing drugs, drinking at a party, or showing of their “new haircut” (cleavage), and two out of the three of those are quite illegal. “I think people post pictures of things that are inappropriate and use it to show themselves off or hurt other people,” said Genna Goist (9). This is a great time in which people should apply the “make good choices” tip our mothers always give us.

Possibly the most dangerous form of misuse is stigmata. This is defined as “a mark of disgrace associated with a particular circumstance, quality, or person.” The more popular opinion on stigmata is that the people who are posting these pictures find other people posting similar pictures and basically just think that this is where they belong. They do not see that it is harming them even more. They become reliant on one social media site, use unpleasant or disturbing pictures to symbolize what they are going through, and eventually, whether it is consciously or not, they get worse by seeing what the other people are posting. It is a vicious cycle that becomes harder and harder to stray away from. “[Stigmata] facilitates a societal movement for people to harm and hate themselves,” said Jacob Ludeker (10). The worst part of all of this is the fact that these people are hurting themselves from sharing what hurts them and that is leading to something worse.

“[Instagram misuse] is easy to do and it’s easy to forget that it can’t be erased,” said Lindy Nebiolo (10). Several people can agree that we post pictures at random moments that we do not even question or think about before posting them. We forget that anyone can see what we post. Remember that once it is out, it will never come back. Think before you post.