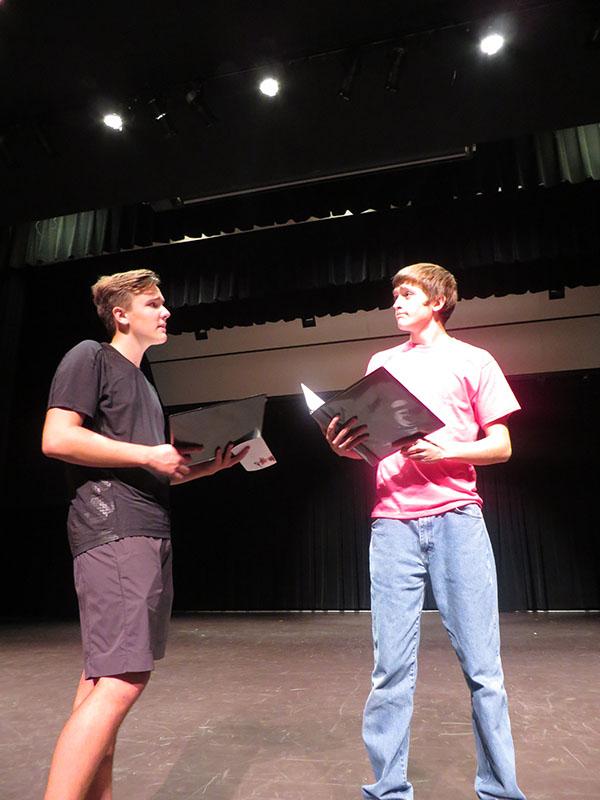 “It is important for me to provide our students with a well-rounded theatre experience.” Ms. Bowen, Northern’s Drama & Forensics Director, said when asked about the controversy towards this year’s play. “That means that they should be exposed to many types of theatre.” In the past years, Bowen attempted to do just that in bringing a new musical, Avenue Q, to the stage, then a farce, Lend me a Tenor, a comedy from over exaggerated situations. Then last year, the classic children’s show, Wizard of Oz. Bowen is now honored to have the chance to make Chicago a production viewable to a high school audience.

Now she is bringing Chicago, a daring musical taking place in the 1920’s, where a woman named Roxie is desperate to get to the top in the show business world, and goes through every test in the book to get her fame, to our stage. Rumors have been traveling through the halls of Portage Northern. Carma Huitt, one of the many concerned parents with a child at Northern, states that there are several other musicals to present, choosing this one was just asking for concern and alarm from parents.  The concerning points truly being the questions about appropriateness for students, wondering why the board and the principal would allow such a play, and why Chicago was chosen in the first place.

“…The play will be presented with class and taste…In the movie, the play is pretty provocative through costumes and choreography, but ours will be appropriate for high school viewers,” Bowen said. Students at Northern also agreed with the drama director. “In theatre, you can do what you want, so…try to be…open minded.” Henry Poznanski (11) from the chorus, playing a reporter in a few scenes, said.

The Board and Mr. French, our school’s principal both were informed on the Drama department’s decision for this year’s production and all changes to it as well. Mr. French said,  “We have made a commitment to produce a PG-13 musical, which is age appropriate for high school students.” Last spring, the two approved a script and know the direction is “Of the utmost importance.” (French, principle)

Chicago is an iconic show in the musical world, making it a very amazing piece, filling Bowen with pride to show it here. “It is a huge honor for Portage Northern to be be the only school in Michigan allowed to produce it.”

Bowen, Mrs. Weiner, Northern’s choir teacher, and several other committed adults will be working with the talented students of Northern High for the next few months, to put together yet another show that blows the Portage community away.