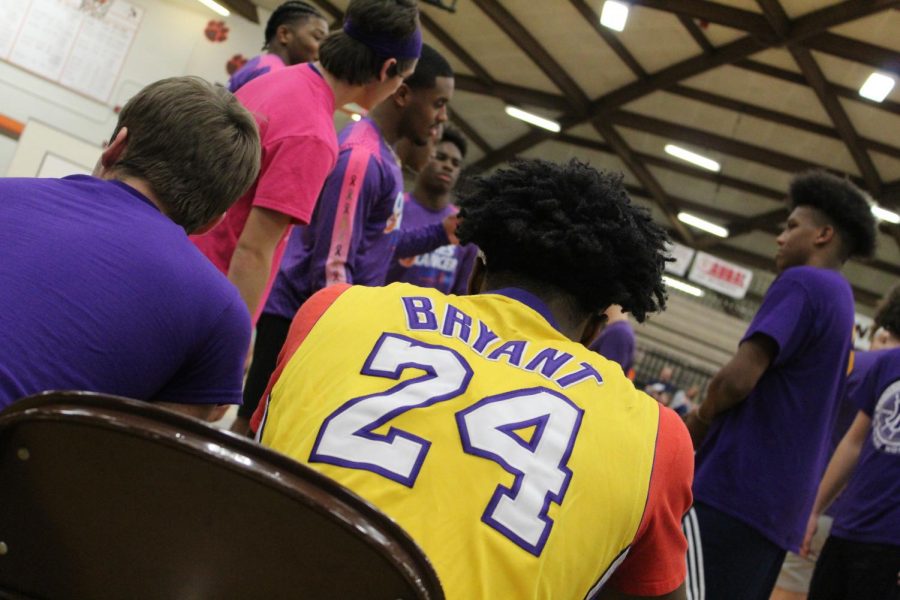 Senior Cory Cunningham prepares to be announced as a member of the starting five.

Senior Cory Cunningham recently accepted an offer to play football for Saginaw Valley State University, but football was the farthest thing from his mind as he ran up and down the basketball court in Friday’s student-staff basketball game. “I wanted to play because I wanted to prove to everybody that I could still play,” he says. “The game was pretty fun, and it was a great experience.”

While he only plays football for the school, basketball is close to his heart. “I played in middle school and in AAU,” he shares. “In high school, I had some coaching difficulties freshman year and I had to make the difficult decision not to play anymore.” He still plays pick up ball, and he takes Advanced Basketball class, where he gets to play every day.