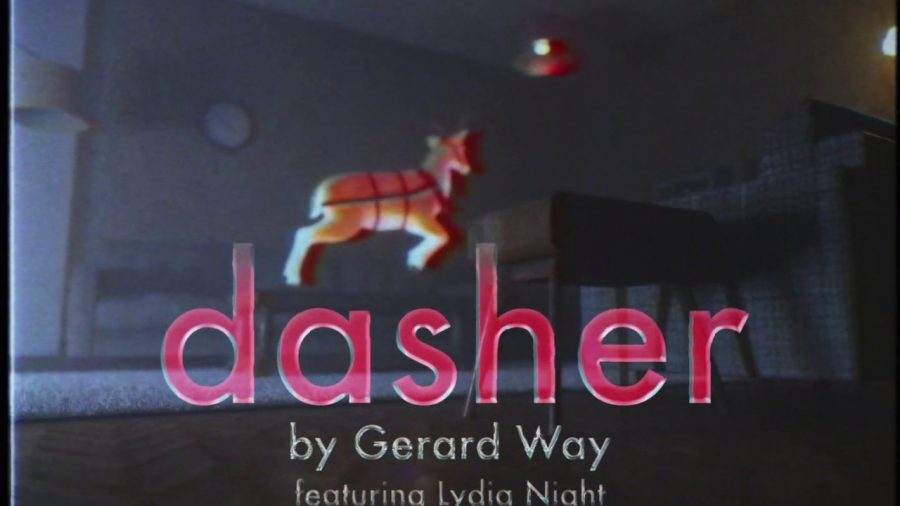 Only 20 days ago, at midnight December 14th, 2018, Gerard Way released his third single titled “Dasher,” featuring guest vocals by Lydia Night of The Regrettes. Written as an emotional and tragic take on Christmas miracles, this song has the warm feeling that we all want to feel during the happiest time of the year.

Telling the tale of a Starbucks barista that falls in love with a reindeer, it was

performed as an unreleased track from the album “Hesitant Alien” back in 2014 while Way toured for his debut solo album until 2016. The chorus is in the perspective of the barista, and how her only escape from her dull, lifeless and somewhat miserable life is in the form of a reindeer who takes her up into the clouds, with lyrics “But I’m easing into the dark and lifting off, hand in yours, and the clouds never look like this down her, and the stars make a sound way up here.”

“Dasher” is a very colorful and emotional take on the holiday spirit with a whispery spoken verse given by Lydia Night. It is a very calming song that definitely gives you goosebumps in all the right ways.