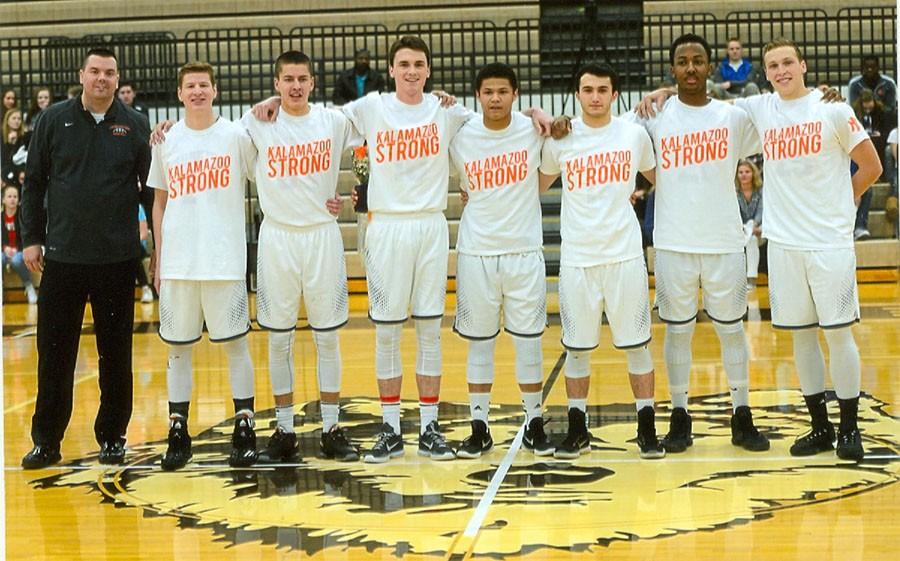 For many students, high school sports are just a hobby. For this group of seniors, it is more  than that. Most that are participating in high school sports, want to further their skill set in college, but for some, this is truly it.

Seniors Tommy Henry, Daryn Snow, Connor Smith, and Andrew Shaw and Fernando Trice, are playing their final season of high school basketball. They have grown up with each other, and playing the final season together is nerve wracking. Snow, who has been on varsity since sophomore year says, “I will miss playing at a competitive level with the guys I grew up with- there is a very high chance that it could never happen again.” The Igloo has turned into a home for these players, who seem to always give their all on the basketball court. Being teammates for a long period of time, teammates learn every one’s game, and they know what each other are capable of.  That is what makes the bond so special. “It has been fun to play against best buddies growing up, then coming together in high school, it has shaped us closer together,” Henry says.  He also goes on to say,  “Playing our last season together is a pretty scary thing to think about,  I wish it didn’t have to end.”

To these guys, the special bond that was created is more than just putting the ball in the basket. It was  about coming together as one, to reach one ultimate goal together. That was the key. It had to happen together. “People may never come to the Igloo and pay five dollars to come watch us all play together again,” says Smith.  For 4 years now, the igloo has been crowded with parents and friends, who have all picked up on the bond that has formed. This group of guys has just a few games left in their senior season and plan to make it as special as special can be. “It hasn’t hit yet, even though the season is almost over, no matter what happens after that final game, physically our bodies won’t hit the floor again together, but mentally we’re all still here for each other,” says Shaw.  This group of seniors knows what is at stake, and they understand that what they have is special, but they also understand, this will be the last time playing Huskie Basketball.

On the other side of the spectrum, competitive cheer,  a sport that most don’t follow but still has the same bond, Senior Abbey Newell(12)  is currently participating in her last year of cheer. As like any other sport after high school, furthering the sport in college is available but for Newell, this is her last hoorah. “The feeling is bittersweet,” said Newell, “you can’t recreate the type of program we have here at Portage Northern anywhere else.” Newell, who transferred from Portage Central after freshman year, sadly has to have it come to an end. “ The sisterhood bond that was formed between my teammates and I is unbreakable and is something that I won’t experience again,” said Newell. The cheer team is something that most think isn’t as big as the other sports here at Northern, but it’s bigger than just throwing around Pom- Poms. Though it is sad to have the season coming to an end, Newell goes on to say, “ The sweet side of it is I feel like my body is ready to retire, I’m sad that I will be leaving my coach, but I hope I left a legacy that impacts future teammates to come.”

Being a senior playing sports for the school always gives off a bittersweet vibe. It comes and goes very quickly, and with the blink of an eye, the season is already completed. It’s always great to cherish the memories with teammates. Enjoy it while it lasts, then go out on top with the “family” that you’ve formed.