The Northern Light • May 15, 2015 • http://portagenorthernlight.com/2461/showcase/year-in-review-years-worth-of-favorites/

Year in Review: Year’s Worth of Favorites 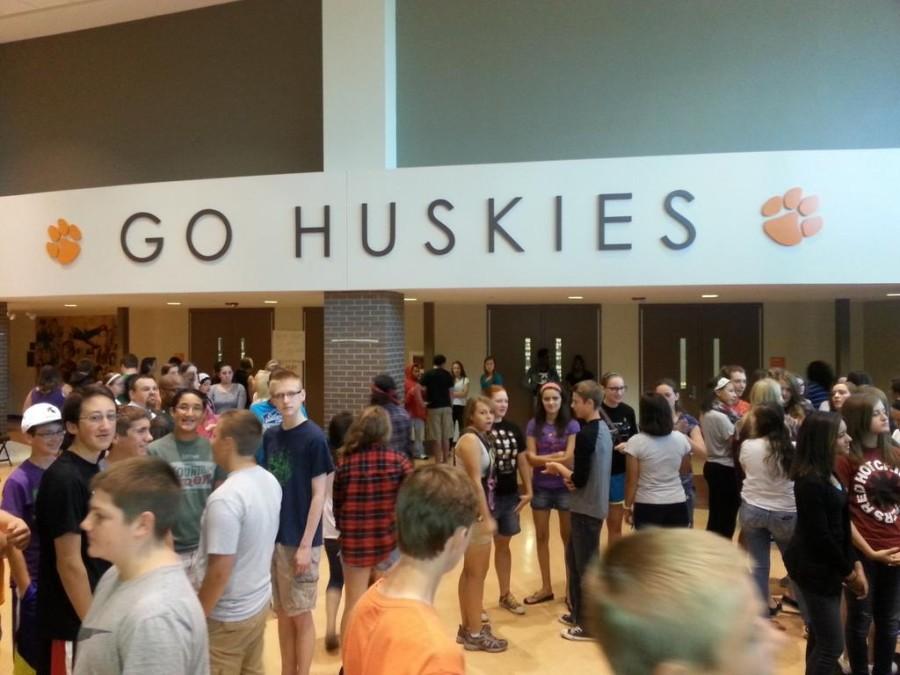 A year in review: a year’s worth of favorites

One year, 12 months, 365 days, 8,765.81 hours, 525,949 minutes, and 31,536,000 seconds to make the relentless school year the best one yet. Several memories and stories fill every school year that students will remember forever as their absolute favorites that they will eventually share with their friends and family later on in life. Many events can change over the course of a school year and these for high schoolers live to tell their special journey.

Memories jam pack every year that stick out clear in minds as favorites. “My favorite memory from freshman year was definitely joining the forensics team,” says Olivia Gross (9).  The forensics team was a huge success this year, with over 80 people on the team and several novice winners; the team definitely was the place to be if you’re a winner at heart.

On the other hand, football is one of Northern’s most watched sports in the school. It brings several fans, especially Super Fans, to the stands to cheer on the boys on Friday nights. “My favorite memory from this year would have to be beating Portage Central in the second round of playoffs in football,” says Conor Handlogten (11). Portage Northern’s football team had a stellar performance this year and made it to the third round of playoffs beating the cross town rivals Portage Central. The crowd went wild and stormed the field after the buzzer hit zero during that legendary playoff game.

Stories are the best way to remember high school and all of the crazy memories that happened. “This year my favorite accomplishment that I made was going to Novice States for Forensics. My group got second place overall and it was so awesome,” says Elliot Hoinville (9). “ I loved forensics because everyone on the team was like one big family, everyone cared for everyone else,” says Hoinville.

Years are built up by the favorite memories that students make and share with their friends. Not only were there many favorite memories at Portage Northern, but some of the favorite memories this year happened around the world. This year Apple created the iPhone 6 and the iPhone 6 plus which are very popular throughout the world. Also, there were several top movies this year such as Mockingjay, Insurgent, and Fast and the Furious 7. Some of the best memories from Portage Northern this year are beating Portage Central in football and making prom possible. This year was a success in all ways and these memories that students create are what made their high school experiences better.