The not so fierce rivals: Two rival schools test the strength of true friendship 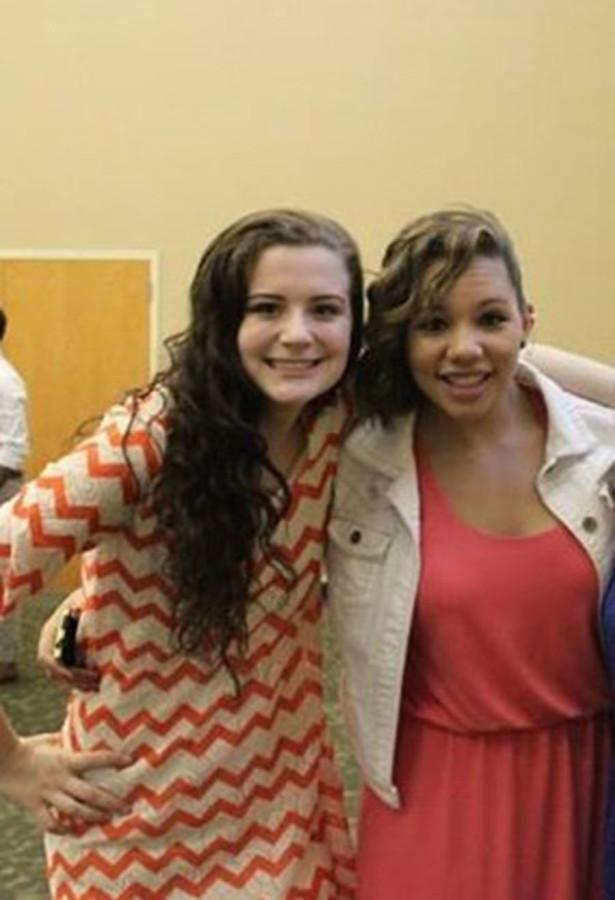 “We text and FaceTime each other every night. She tells me about her drama and we talk about how our days
were,” says Lexi Miller (9) about her best friends from Portage Central. Having a best friend has many perks, but going to different schools and not seeing each other everyday is not one of them. Growing up together and then splitting apart can be awful-especially when starting high school, a whole new chapter of your life.

Finding time to hang out is especially difficult now because of jobs, hours of homework, and many extra-curricular activities. “We both are swamped with homework so we don’t really get to talk to each other or spend time with each other as often as we used to,” says Tamya Raymond (9).

“ In some ways it does split us apart, but we live like ten minutes away and we still hang out a lot and play hockey together,” says Austin Killman (11). Travel teams create bonds outside of the rivalry and make it better to build up stronger relationships.

Theatre is also a great way to stay in touch with those across town buddies. Going to eachothers shows, taking an EFA (Education For the Arts) class, which take place at Central, or just being in a play or musical together at the Civic. “The rivalry isn’t as big in theater and we sometimes joke about it,” says Casey Ruggles (12).

Whether it’s gossiping in the hallways or making jokes at lunch, having a best friend at school can change the whole school experience. “I don’t think knowing that we went to rival schools destroyed us,” says Ruggles. Being separated by a mascot is nothing compared to the memories friends have shared that they will remember for the rest of their lives.